Securly is Watching You

But is it effective at all? 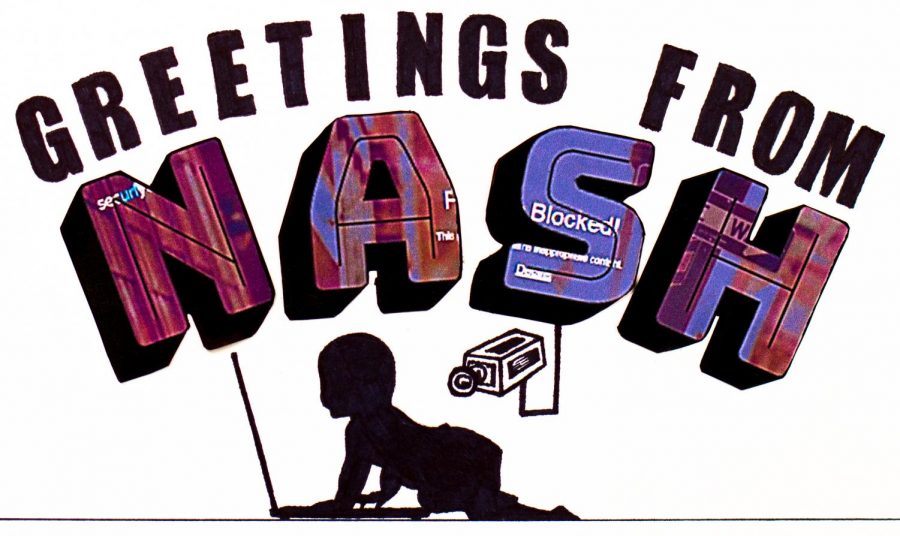 I am not Catholic, and today is not a Sunday, but I have a confession.

The first time that I can remember being in actual trouble was when I almost got run over by a car while playing soccer in the road. Having been told repeatedly not to play in the street, my parents decided it was time for punishment harsher than reprimanding words: I was not allowed to play soccer for a week, either at home or at school. Needless to say, I went to school the next day and, as soon as the recess bell rang, grabbed a soccer ball. Sorry, Mom.

The point of my confession isn’t to toot my own rebellious horn or to relieve myself of a lingering moral weight upon my shoulders. Its purpose is instead to show that as long as there are restrictions, kids will find a way around them—and yes, this isn’t necessarily always a good thing. Teenagers, myself included, are often idiots and need at least a loose set of rules to follow. However, acknowledging the difference between guiding and strangling is imperative.

I believe the administration needs to acknowledge the difference between guiding and strangling. For a while, students have been forced to put up with Securly, a censoring application. Obviously, this isn’t news. However, the blatant disregard for student privacy is.

Parents of NA students recently received an email offering a service that would allow them to monitor their children’s use of laptops, iPads, or other school technology. To a certain extent, it isn’t a bad idea, especially for the younger grades. It allows for a simple way for parents to check for appropriate usage of technology. For example, if a 4th grader is meant to have spent two hours practicing on Rocket Math, but was instead watching Fortnite dance compilations, his parents would know.

That being said, the same cannot apply to high schoolers, as the presence of phones and VPNs completely counteracts the goals behind this privacy-encroaching initiative that was implemented to restrict inappropriate internet usage and attempt to hold student attention. However, students most likely would not use their school-issued laptops to conduct “illicit” searches. If students want to view sites that include pornography, violence, or otherwise inappropriate content, they will simply use their phones.

Bringing this back to my initial introduction, I want to mention the other reason why Securly will not work: Virtual Private Networks, or “VPNs.” Since the introduction of school provided laptops and iPads, the IT department has been restricting students’ ability to use VPNs, which give students access to restricted websites and disable the monitoring system that Securely leverages. Despite the administration’s best efforts to eliminate VPNs, they continue to struggle. To be fair, however, admin accounts, flash drive boots, and other work-arounds make full monitoring almost impossible, at least without a substantial resource commitment.

So, if the effects of Securly can be entirely negated, and are likely to have a minimal effect on whether students actually pay attention, I ask the administration this: why implement it at all? Why not trust us instead—as you do with cars, phones, borrowed books, and general safety—and believe that we will do what is right?