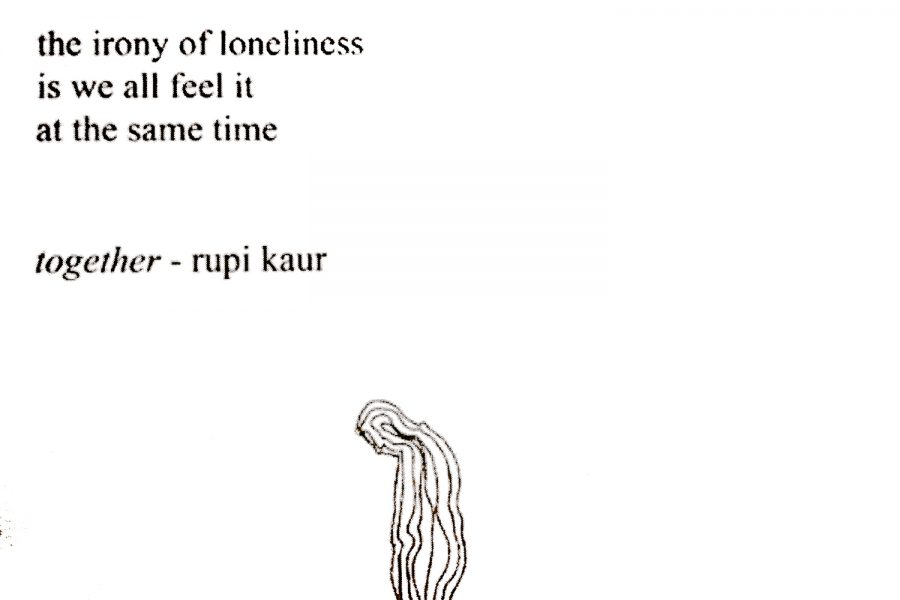 Fans of poetry rarely quarrel, but when it comes to the work of Rupi Kaur the gloves come off

A Singular Talent and an Inspiration

Rupi Kaur is an Indian-born Canadian poet. She is well-known for her book Milk and Honey, which was published in 2014. Kaur gained publicity in covering topics regarding abuse, femininity, self-care, love, and heartbreak. There has been a large debate on whether or not Kaur should be considered a true poet, and my answer is: absolutely. While her poetry does not meet the criteria of being “normal” or “basic,” she introduces a new genre of “instapoetry” which is social-media based and reaches younger audiences.

In addition to sending powerful messages through her social media outlets, her books speak volumes as well. In my opinion, Milk and Honey is a book of words to live by. The book is composed of poems that reflect the healing process, and with my previous struggles, it has helped me through a lot. As a senior in high school, I am going through a process of working, applying to colleges, and preparing for the next stage of my life. I am constantly in a state of change. Life is a series of chapters, and throughout my chapters, I have experienced loss, heartbreak, disappointment, love, and more — and Kaur speaks to my experience, as she does to to similar experiences others continue to endure,.

Although no two persons’ sties are the same, the subjects covered within Milk and Honey are universal. The experiences that we go through in our lives are not always picture-perfect, and are often hard to talk about openly. Kaur captures these experiences within her writing, not only allowing us to heal, but also letting us know that we are not going through these personal struggles alone.

Rupi Kaur writes in such a tone that you feel as if you know her personally, like she is an older sibling or a friend. Just because her writing is short and minimalistic does not mean that Kaur is not a true poet. It is still incredibly touching to others, myself included. Some poems are meant to have some sort of hidden meaning, while Kaur’s are meant to be straight forward and reach universal audiences. Kaur additionally writes in all lower case letters and only uses periods as punctuation. She claims that the style reflects her worldview of equality. Every poet has their own style of writing; therefore, Kaur’s should be respected as well.

The dictionary definition of poetry is “a literary work in which special intensity is given to the expression of feelings and ideas by the use of distinctive style and rhythm; poems collectively or as a genre of literature.” Rupi Kaur’s work can most certainly be defined as poetry because she does use a distinctive style in her writing. She writes in the style of “confessional poetry,” which is when the first-person speaker relates her own thoughts and experiences.  Her work is not difficult to understand, but that should not be considered a flaw.

Kaur also utilizes visual art in her poems, which are her owndrawings. The drawings complement the poems and give them a sense of originality, representing the situations and themes described in the text. Kaur also uses different motifs and symbols in her writing to convey her different ideas of love, loss, heartbreak, etc. After all, Rupi Kaur is not a New York Times bestselling author for nothing.

In my opinion, Rupi Kaur is considered a poet in my eyes for her style of writing, the devices she uses, and the impact that her works have had on me. I believe that she is an inspiration to many young audiences and women in general. She is outspoken and uses her voice to reach others in a new and compelling way, and it’s clear that millions of poetry fans want to read her work. I will continue to support her and the writing that she puts out.

If you are someone who has not read any of her books, I highly encourage you to do so. Rupi Kaur is definitely worth the read. 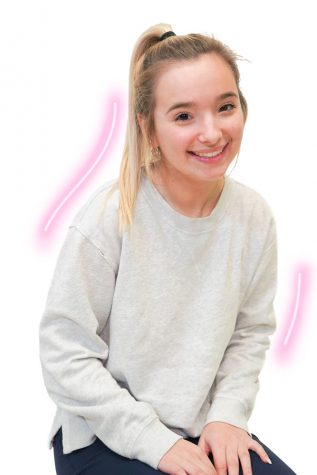 Jeannie Schleppy is a senior and is excited to contribute to The Uproar for her first year. Jeannie is a total dork and loves to read any possible thing that she can get her hands on. She also enjoys writing in her free time DX XD

But it’s not Poetry

Let it be known that while Rupi Kaur’s poetry revolves around traumatic events, including rape and sexual harassment, as well as self-appreciation, she often oversimplifies these subjects as well as the process of overcoming them. She often turns a blind eye to the people most vulnerable to these subjects by nearly formulating a recipe to move past these tragedies. And while she writes in a way so simple that her message can be easily understood by anyone, she makes herself almost too available by allowing everyone who reads her work to relate to events that they, thankfully, did not experience themselves.

Sure, people ought to understand the issues surrounding women’s rights and self-love; however, her writing frequently just defines these issues for what they are, rather than providing any sort of insight.

This is not poetry.

For a poet, Rupi Kaur has achieved a rare feat: mainstream popularity. Using social media as a major part of her fanbase, Kaur has become the frontrunner of a new generation of “instapoets”– young, aspiring poets publishing their work on social media to build their portfolio. Writing about topics that every teenager is convinced they have figured out–myself included– Kaur touches upon common themes: love, relationships, beauty standards, and gender inequity. In an attempt to perhaps distract easily swayed teenagers from having a genuine discussion about the aforementioned themes, Kaur gives her readers the false illusion of depth while merely capitalizing on lazy techniques.

Kaur sits on the fence between accessibility and over-simplicity and often stumbles into the latter. More often than not, her poetry presents obvious and mildly interesting shower thoughts in a visually appealing manner. For someone who is just starting to read poetry, Kaur can, and maybe even should, be applauded for her ability to pull young readers into her work, as she does not shy away from difficult topics. Her poetry is simple, to the point, and does not require multiple reads for comprehension.

Still, poetry is the presentation of a thought or an idea in a way that appeals to the public. Poetry does not have to be simple or complex to fall under the category of “good poetry.” It’s just not that binary. It should contain elements of intensity and should be rich in meaning, which can then contribute to the larger implications of the text. This is where Kaur fails miserably.

Her trademark of frequent, and often unnecessary, line breaks makes her most susceptible to criticism. Her work is moderately interesting at best as her tactic is to write about vague, taboo subjects that are difficult to disapprove the expression of. She then proceeds to take this sense of thematic intensity within her sentences, divides it into pieces, strips it of its punctuation, and accompanies it with an original chicken-scratch illustration that is vaguely reminiscent of the doodles found in the margins of children’s notebooks.

When asked to explain the lack of punctuation and capitalization in a CBS interview, Kaur claimed, “I want to basically get rid of as many distractions as I can, so that the reader can just pour themselves into the words.” However, in doing so, Kaur also distracts her readers from the issues at hand and gives them ample amounts of room on the pages of her poems to draw loosely related conclusions that can be posted on their Instagram stories later on.

Although other poets have followed a similar structure and line-break pattern, their poetry consists of a chaotic energy: a powerful subtext that calls out to readers to be discovered and interpreted. Kaur’s work simply lacks the interest and interaction that these poets challenge themselves to construct. I know the criticism of Rupi Kaur, especially coming from a high schooler, is a wildly unpopular opinion. However, to say that her writing adds to the literary canon is a gross exaggeration. 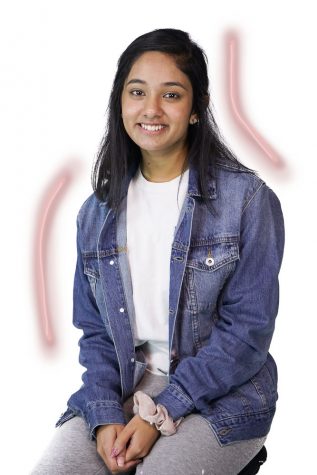 Neeti Cherukupalli is a senior at North Allegheny School District.  She enjoys writing about politics, eating hummus, and hates birds.