That “Thing” on My Head

It's about time we addressed some common misconceptions about hijabs. 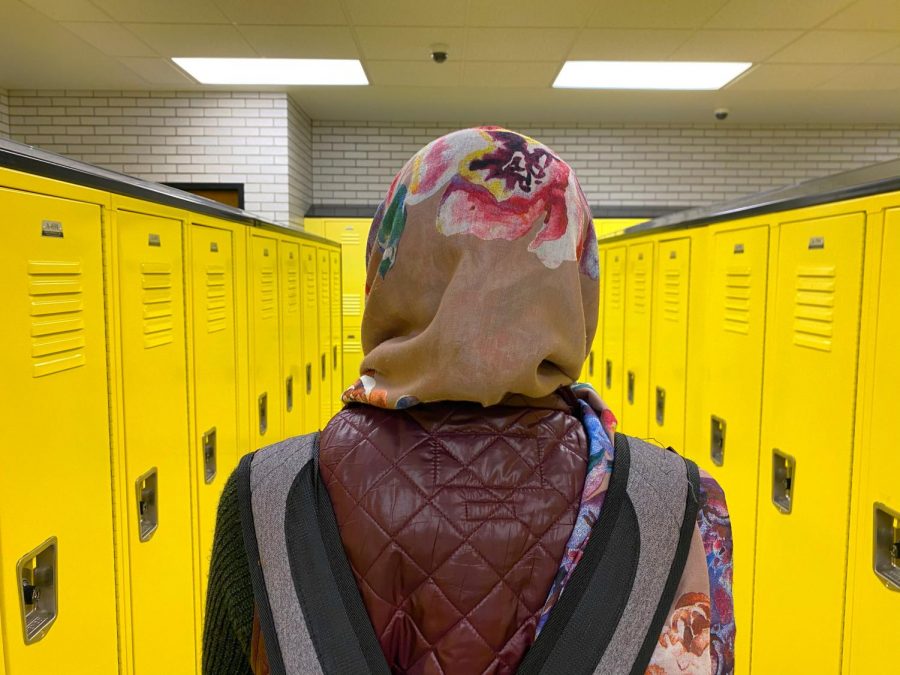 Navigating high school is challenging, even more so when you stick out and must contend with painful assumptions.

Every morning at 6am, I wander around my room in a sleepy daze and get dressed in an outfit that was meticulously planned the night before. I spend the morning like pretty much every other American teenager, running around trying to get my backpack together, packing a semi-decent lunch, and hopefully eating something while I’m at it. The one difference between my morning and everyone else’s is that, a few minutes before I run out of the house, I stand in front of a mirror and quickly wrap my hijab upon my head.

As it’s now almost four years since I started wearing a hijab, and with World Hijab Day having just passed, I thought it was about time I addressed a few unanswered questions that I’d bet quite a few people have been curious about.

“Why do you wear that thing?”

The main reason I wear a hijab is that it is a part of my religion. The Qur’an, the Islamic holy book, says that women should cover up so they can be identified as Muslims in society and so that they have the liberty to move freely. By wearing a hijab and dressing modestly, Muslim women, like myself, try to minimize the effect of sexual objectification by society and instead be acknowledged for their words and thoughts.

Often when people see my hijab, they think of the picture that society has painted for them. They think that all Muslim women who wear a hijab are oppressed by their families and religion, but this isn’t the case. I’m not denying the fact that there are a few countries and cultures where men force women to wear hijabs, but a common misconception is that Islam itself enforces this. My religion does say that Muslim women should wear a hijab, yet nowhere in Islam does it force them. Wearing a hijab is a choice, which is why not every Muslim woman wears one.

I, for one, fully made the choice on my own. I chose to practice my religion by dressing modestly, and in no way does it signify oppression.

No. I only wear a hijab outside and around men who aren’t from my close family. I am able to show my hair around women and young boys. So basically, at home, I chill in sweatpants with my hair loose.

Yes, but also no. My mom has a saying that Muslim women are “wrapped like a cabbage.” In the summer, when I have to be under the boiling sun, I sweat to near death, which is why it’s hard to find me out and about on a hot day. But in the winter, and in the freezing halls of NASH, I am always warm. When other people struggle to find a jacket to cover their bare arms, I am usually well prepared, having already dressed in not one, but two, layers of long sleeves.

“Do you have more than one?”

Yes. If you’ve noticed, I come into school with a different hijab almost every day. I have so many that it’s gotten to the point where my hangers break with the weight of all that cloth. The last time I bothered to count them, I think I had over fifty.

“How do you call yourself a feminist?”

Another misconception that is a result of the “oppressed” stereotype towards hijabis is that we can’t be feminists. By definition,feminism is the belief that women and men should be socially and economically equal. People often think that, because Muslim women cover up, they are conforming to the societal ideals created by men — that women must conceal themselves to be seen as an “acceptable equal” of men. Yet, doesn’t the very fact that I choose how I present myself and want myself to have the same rights as others make me a feminist? I am all for women’s rights, and a big part of our rights is our freedom to choose. If other women can choose to dress in shorts and a crop top, then I can choose to dress in a hijab and loose clothing without being seen as diminutive or oppressed. Therefore, I won’t allow anyone to tell me that my modesty somehow does not represent female choice and empowerment.

“Where are you from?”

Alas, we’ve come to my most dreaded yet also favorite question. I have been asked this  too many times to recall. And it’s understandable why. People often see my hijab and assume that I for some reason am not from America. They see the hijab as the attire of an immigrant or a refugee — or of a terrorist. For too long, world media has portrayed all Muslims as terrorists, but that is clearly a hurtful stereotype. Of course, there are some so-called Muslims around the world who have used Islam as an excuse to commit heinous acts, but their horrible actions in no way validates the stereotyping of an entire religion. The same people who commit those terrorist attacks around the world are also attacking Muslims and Islam itself. Islam is a religion of peace and nowhere does it ever justify such violence. In fact, saying that all Muslims are “terrorists or extremists” is the equivalent of saying that all Protestant Christians are “white supremacists.”

Furthermore, the fact that others assume that I’m not from America is xenophobic. I am not an immigrant or a refugee, and even if I was, that shouldn’t be a problem. I shouldn’t have to explain my origins, but since I don’t want people to make hasty assumptions about me, I like to let them know my background when I have the opportunity.

As the only current hijabi at NASH, I feel as though I am representing my entire community, which is why I find it crucial to have an open conversation about the topic. I am well accustomed to stares and curious looks around the school, and I know some might think it’s rude, which is why they tend to be cautious about asking such questions.

But opening up about sensitive topics such as this is the only way our society can become more accepting. That’s why I urge everyone to act on curiosity and ask away.