Sometimes, important lessons can be taken away from small, trivial habits. 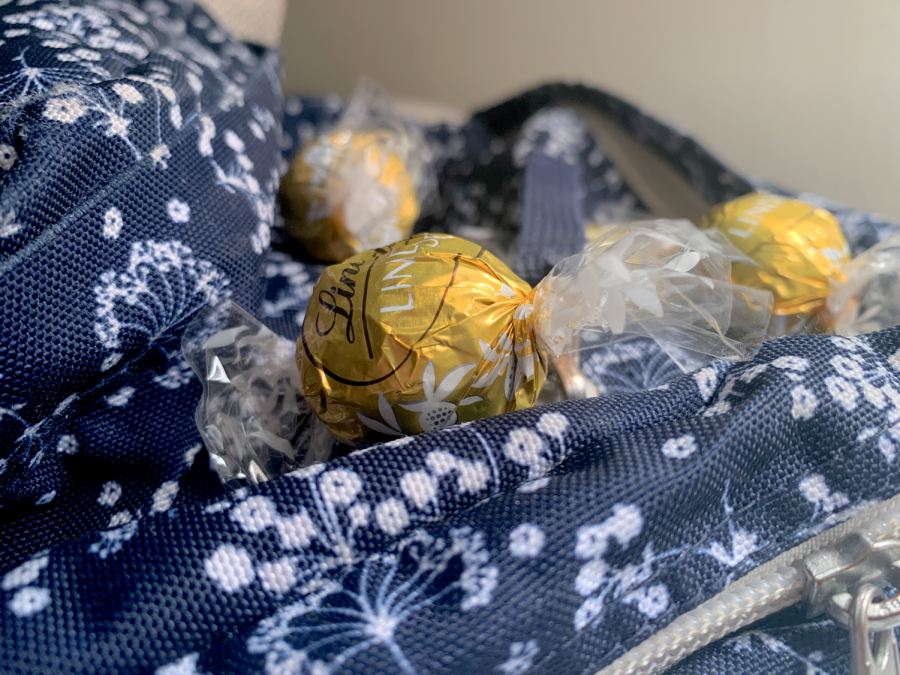 The sugar in candy helps lower levels of cortisol, a hormone that causes stress.

I’m sure there are lots of different things that I can say I learned during my junior year. I guess I learned something about responsibility and time management, and if I looked hard enough, I could probably even find something to take away from the pandemic that interrupted the year.  But right now, those lessons don’t seem all too important. The one thing I learned during junior year that I really consider valuable is to always have my favorite candy in my backpack.

I don’t have a big sweet tooth, but I am guilty of reaching for sugar when I’m upset or tired. Turns out, this makes sense, because as The New York Times reported, sugar can actually decrease levels of cortisol, a hormone that causes stress. It’s why there’s the stereotype of eating a tub of ice cream after a breakup.

I never carried candy with me until this school year, when I was given chocolate and treat bags from friends around the holidays. After I got a test grade I wasn’t too happy with, I opened up one of the bags, and I felt a little better. It was a small good thing in the midst of what felt like a disappointing morning. Since then, I’ve always kept a few pieces of chocolate in my backpack, just in case.

The occasions where I took out the candy weren’t often, only after a stressful test or an in-class essay I thought I did poorly on, but it helped boost my mood. However, even though sweets are something many people turn to in hard times, I don’t think I felt better because of the sugar. Rather, it was just a nice little treat that forced me to put whatever thing just happened behind me. It was my way of saying “oh well, let’s move on.”

For some reason, the candy was a way of not dwelling on a thing that I would normal agonize over all day. There’s a quotation that I’ve seen all over social media that says, “If it won’t matter in five years, don’t spend more than five minutes worrying about it now.” Well, that attitude towards life is literally the exact opposite of my normal mindset. When I take out the candy, though, I can pretend I’m a reasonable person like that and not stress about whatever small inconvenience I just experienced. I can pretend I’m someone who doesn’t worry so much.

So, I suppose if you’d ask me to pick out a real lesson from this year that doesn’t involve sweets, but that I instead learned from them, it would be to keep on moving. I have never felt as inadequate as I did this school year, but I’ve also never been so proud of myself for the things I did accomplish. And if I hadn’t taken out a piece of candy to eat when I was disappointed and instead just let myself be miserable all day, fixating over that one little mistake, I wouldn’t be able to appreciate the good things.

Maybe the candy’s a symbol of something bigger for me, or maybe I just recently discovered how much I like chocolate. I’m not sure. All I know is that sometimes, you just have to recognize that you’ll do better next time, pull out some sweets, and move on.

I don’t think learning not to dwell was a skill I thought was very important before this school year, but over the past few months, it has proved essential. Even if it’s not candy, I highly recommend finding yourself a small comfort that forces you to embrace the good, if only for a moment.