The atmosphere of the crowded T-Train platform after a Penguins game is impossible to attain during a pandemic, but reflecting on moments like it can provide some necessary hope. 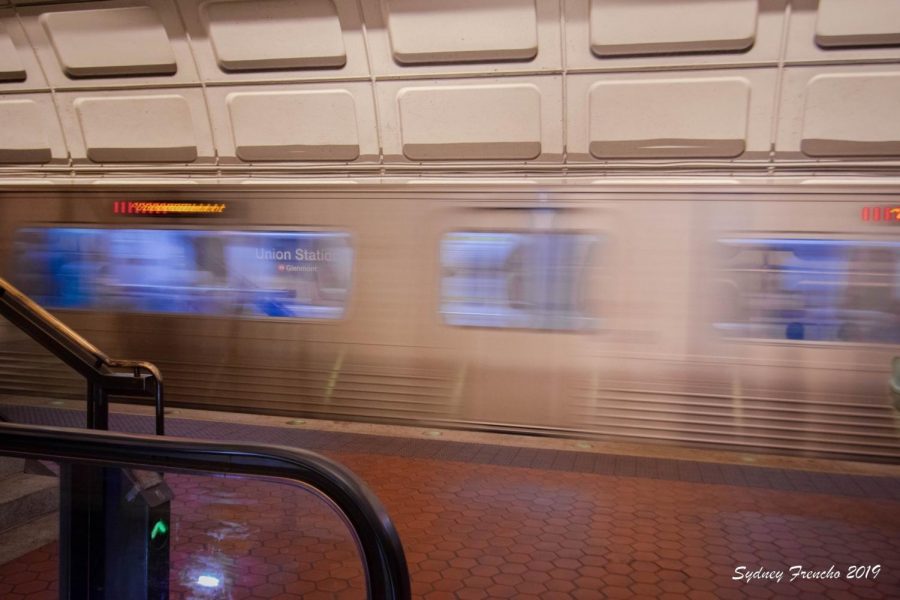 While the T train has been nearly deserted in recent months, it used to overflow with excitement after large events in the city.

Every time I go to a Pittsburgh Penguins hockey game, I park far away and ride the T (officially named the Pittsburgh Light Rail transportation system) to PPG Paints Arena. The lot right outside the arena always gets backed up after the game and is double the price. While those are good reasons to avoid parking there anyway, the ride on the T has become one of my favorite parts of the evening.

I love walking to the station and seeing the overflow of Penguins jerseys. I love the small flickers of excitement in the air. I love how if you didn’t know which train to get on, you could just follow the sea of black and gold.

The ride on the T makes it feel like I’m in Pittsburgh– not just visiting the city limits, but a part of it. Before a game, it’s loud and it’s crowded but it’s full of laughter and an odd sense of camaraderie among strangers.

The last hockey game I went to was in January. It was Sidney Crosby’s first game back from a November injury, and the Penguins won 7-4. After the game, as the large crowd waited for the train to take us back to our cars, the atmosphere was electric. Sure, there were a few people who had clearly drank too much and were obnoxious, but the majority of us were simply joyful.

The train eventually came, and there was no way we would all be able to fit on it. I resigned myself to the fact that I would just have to catch the next one when a few guys literally held the doors open, gesturing for more people to hop on. Somehow, the several dozen people in front of me and I all fit.

It may have violated a few safety violations, and now, even the thought of being squished up against that many people is terrifying. But that evening, it acted as a sign of compassion. It felt like strangers willing to give up some of their personal space for their neighbor, like a small portion of the city taking care of each other.

I remember smiling on that ride, despite it being pretty uncomfortable. I wasn’t thinking about any of the tests I had the next day, or how I was barely hanging on to the metallic bar above my head. I was just enjoying the ride. But as happy as I was, I don’t think I appreciated it until the coronavirus hit.

Now, I think about that night fairly often. It used to make me sad, as I missed times like it, but over time, I’ve begun to think of it as a bittersweet reminder of what we can return to.

I can’t promise that I’m going to be grateful for every crowded train car when all of this is over. In fact, I’m sure that when I think back to that January evening, I’m over romanticizing a simple moment in time. But it really doesn’t matter. I want to look back on those things with joy, just as I want to believe they will happen again.

And maybe there won’t ever again be a time when packed trains are acceptable. No one knows what post-pandemic looks like quite yet, and one of my greatest fears is that even when the world goes back to “normal,” it won’t be the same. I’m scared that a sense of nervousness or fear is going to act as a barrier when we can physically be closer to each other again.

Regardless, I make myself believe that the crowded train wasn’t what made me smile that January night. It was being with someone I loved, surrounded by strangers also with people they loved, showing each other kindness. Even with fewer people around, that is likely to happen again. It happens all the time.