The Rise of Gen Z

The best educated, most ethnically diverse generation yet has already exerted a strong influence on world politics. 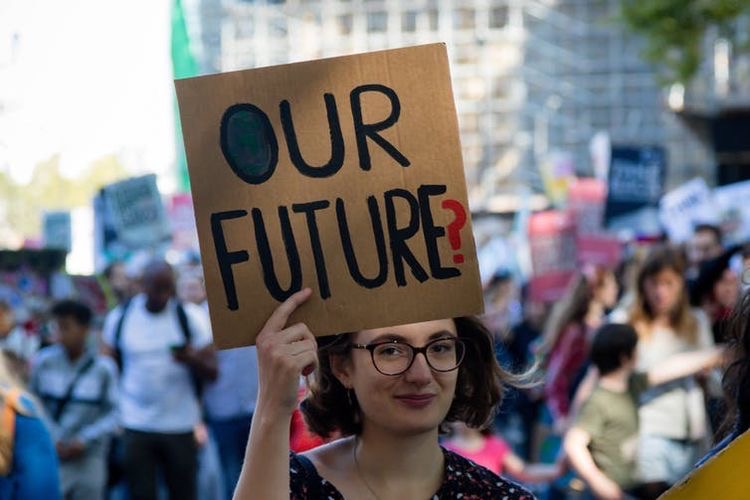 Generation Z has made their voices heard by protesting against issues that will impact their future.

As millennials have started moving into their 30s, a new diverse generation has been coming into focus. Individuals born after 1996, commonly known as Gen Z, have already had a major impact on movements across the world. In recent years, the generation has acquired its growing power through the use of social media. Because of this, Gen Z has influenced political campaigns, large social events, and countless other movements.

Gen Z is more racially and ethnically diverse than previous generations are were. Only a slight majority of the generation, 52%, are white. One in four are Hispanic, 14% are Black, 6% are Asian, and 5% identify as a mix of two or more races.  The generation is also on the way to being the best educated on current events through the use of social media, which has led the generation to form their own strong political beliefs, as it helps to inform them of current issues and news around the world.

One of the biggest impacts Gen Z will have in 2020 is the on upcoming presidential election. This year, a staggering 24 million members of Gen Z will be able to cast a ballot. With 70% of Gen Zers having unfavorable opinions of President Trump, former Vice-President Biden possesses a 38 point advantage over the president. Biden’s strength in Gen Z voters lies in women and people of color, as he has a 40 point advantage with Gen Z women and an astonishing 50 point lead over Trump with non-white voters in the generation.

Gen Z has been found to favor the candidate who has spoken out the most about issues affecting women, with some of the top issues being equal pay and birth control. The generation has also been seen to show a concern with the issue of climate change in the world today and has taken issue with the president’s environmental policies. Because Biden has proposed a plan to help restore protection of the planet, the 2020 election could see Gen Zers favoring the Democratic candidate.

Much of Gen Z use their social media platforms to voice their opinions on current issues in the world. With over 73% of the generation accessing Instagram and 63% Snapchat, Gen Z is the most technologically connected generation to date.

Take a recent development, for instance. As 2020 has seen the rebirth of the Black Lives Matter movement, mass protests have arisen around the world. What’s the power behind these protests? Gen Z. The generation with the most diversity is more than willing to speak out on issues concerning racial injustice. Not only are the young Gen Zers attending the protests, but many more are supporting the movement through the use of social media. Popular creators can be seen using their platforms to drive the movement by educating their followers as well as providing resources on how to help.

At first glance, social media platforms may appear to be a way for Gen Zers to post about their personal lives — the food they eat, the friends they have, and the places they go. However, a deeper look revelas that social media has enabled a new generation to unite and face head-on issues in the world today. For Gen Z, it is no longer about what is relevant to “me,”  but what is relevant to “us.”

So the next time we hear dire predictions about the future of the world, it’s worth considering all of the promise that next generation of adults holds.