Behind the Walls of the Meat Industry

The animal cruelty behind the food we eat and products we use is an uncomfortable truth we must face. 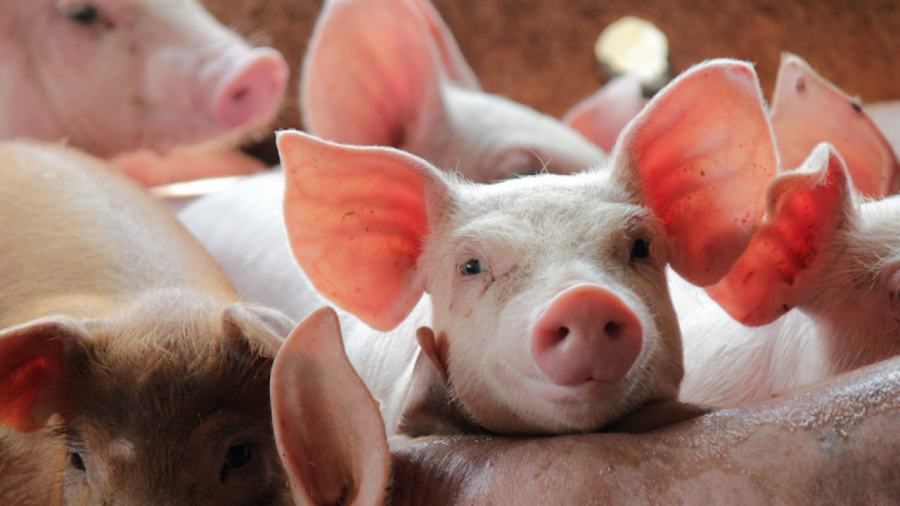 Contrary to the common image of animal meat being harvested on a quaint family farm, most of the meat we eat comes from overstuffed and unavoidably cruel industrial slaughterhouses.

The Beatles’ Sir Paul McCartney, a longtime animal rights activist, once said, “If slaughterhouses had glass walls, we’d all be vegetarians.”

Recently, vegetarianism and veganism have surfaced as both trends and lifestyles– and not only in response to concerns about animal rights. The health benefits of vegan and vegetarian diets can also be motivating factor behind the lifestyle change.

The terms “vegetarian” and “vegan” are commonly used interchangeably, but there are several key differences. Vegetarianism is the avoidance of meat. Vegans also do not eat meat. However, they also avoid all animal products. For example, a vegetarian would eat eggs and dairy, whereas a vegan would not.  In some instances, the vegan philosophy can also be applied to material items, such as leather and wool.

A new study revealed that the number of Americans following plant-based diets has increased by nearly 9.6 million over the last 15 years. This denotes a 300% increase and means that almost three percent of the American population participate in vegetarianism or veganism.

I am one of those nearly ten million Americans. I ate meat when I was little, even though my parents had been vegetarians at the time. They always allowed my sister and me to eat meat because they didn’t want to force their lifestyle on us. They taught me why they were vegetarians, and I decided that I wanted to follow the diet as well. After learning all about animal mistreatment, I felt wrong supporting the meat industry.

I believe animals have rights, just like humans. It is unfair that we strip their rights away from them for our own greediness—for food, clothes, entertainment, and experimentation. Slaughterhouses are one of the biggest issues within the meat industry. Most people, including meat-eaters, would agree that killing animals for fun is immoral. The industry, afraid of backlash, hides their slaughterhouses and stays away from the public.

Slaughterhouses are facilities where animals are slaughtered to harvest their meat for human consumption. In other words, for production reasons, they work to kill as many animals as fast as possible. The poor creatures are kept in overcrowded stalls and cages—some so crowded that they can’t even move. For many animals, this is their entire life.

People only care about the end product, so most meat-eaters ignore slaughterhouse processes. So, the industry gets away with abusing, torturing, and killing these animals for food, which is absolutely disgusting to me.

In slaughterhouses, animals are simply seen as objects, ready to be chopped up and eaten. Many people ignore this truth because it makes them uncomfortable. Headlines showing what happens in slaughterhouses only show a small portion of what’s going on in the industry—the videos are what make the difference.

Try searching “animal abuse in slaughterhouses” and click on any video. These videos are shocking, and quite frankly, horrifying. Whether we like it or not, choosing to eat meat inherently voices support for animal slaughter.

Slaughterhouses are just one example of how animals are robbed of their rights and lives. We also selfishly use animals to test products such as shampoo, cosmetics, cleaners, and other personal and household items. Because of this, hundreds of animals are killed and tortured every year. These animals are being poisoned because humans are forcing substances and chemicals into their bodies. Some popular corporations who test on animals are L’Oreal, Estee Lauder, Clorox, and Johnson & Johnson. Choosing to boycott these companies is a crucial step to ending their animal experimentation.

Clothing, accessories, and furniture are other things that innocent animals are murdered for. Many people have owned fur or leather products and didn’t think much of it. We don’t think about or consider the life that was lost in order for us to have these items.

Here’s more information how to substitute and switch to cruelty-free products.

While this is far from true, it is an understandable mindset. It is important to understand that most people can’t just snap their fingers and become vegan. It is hard to give up something you’ve known your whole life, especially when you’ve been taught that you need it. But current vegans can work to show others that the change is not as difficult as they might imagine, and the benefits are abundant..

Companies like “Beyond Meat” and “Impossible Foods” have created recently meat substitutions from plants, an indication that vegetarianism and veganism is entering the mainstream. And as more and more Americans look to improve their health and act more ethically, it’s likely that plant-based foods will continue to fill our refrigerators and pantries.  The more we learn how immoral the meat industry is, the more likely that vegetarianism and veganism will be less of a trend and more of a constant.