Cat-Called and Creeped Out

The thought of middle-aged men sexualizing my friends and me seemed too far-fetched to be true -- until two weeks ago. 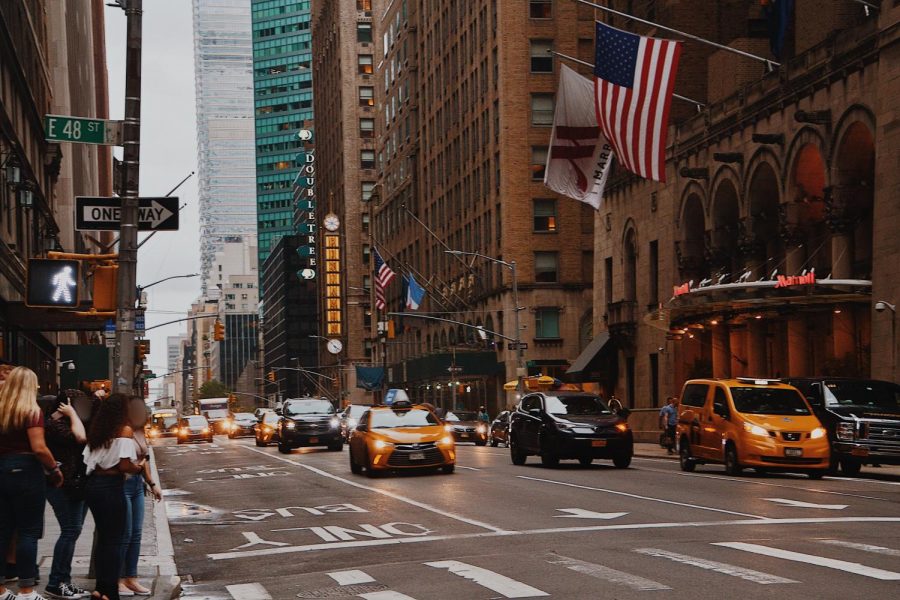 A leisurely walk in public can subject all too many women to uncomfortable and often frightening sexual innuendos from male strangers.

I recently took a trip to the South Shore of Pittsburgh to celebrate my birthday. My friends and I were headed out to dinner at the restaurant Buca di Beppo, located in Station Square. My mom was skeptical about allowing me to go without her and warned me about staying together with my friends. I assured her that she had nothing to worry about, thinking Pittsburgh was a fairly safe enough place to go without her. It turned out to be an evening I won’t soon forget.

As we walked to the restaurant, we had to cross under an overpass. There were pedestrians on the bridge who were able to see us from above. One particular man, who appeared to be in his 60s, called out to us, “Mamacitas!” in a creepy, unsettling tone. I was quite surprised to hear a man who was that much older calling a group of young teenage girls by such a name. What kind of response does he expect to receive, I asked myself. Does he think we will be flattered? We ignored him and kept walking.

We finished our meal around 8 PM and headed back outside to take pictures. The area where we were taking pictures was a couple of blocks from our car and right outside of an expensive restaurant. While taking pictures, I was disturbed by the fact that cars would slow down when they passed us by and watch us before finally speeding away. Most of the drivers were much older men, which added greatly to the creep factor and abruptly ended our photo session. But there was still more in store for us that night.

My friends and I began to feel very uncomfortable when a man who appeared to be in his 50s stopped on the road beside us. He stared at us with his window down for over a minute before driving away. It was after this incident that we decided to head back to my car, especially because it was starting to get dark and we already felt uncomfortable.

Before leaving for the walk back to the car, one of my friends brought to my attention another man who had been watching us from a distance. She told me he had come out of the restaurant and had been standing there us for a strangely long period of time. As we put our masks on to leave, we noticed him getting ready as well. One of my friends pulled out her pepper spray in case of an emergency.

As we walked across the street, we noticed the man slowly following us, keeping around 30 feet away. My car was two blocks away from where we had been taking pictures so we made sure to stay close together, frequently looking back to see if he had gained any distance between us.

The matter grew scarier in an instant. The man started walking faster, and we hastened to my car and jumped inside.  I quickly locked the doors. My heart still pounding from the adrenaline, I turned around to see the man standing ten feet from the car, with a vacant stare on his face. He slowly turned around and walked away. Although I knew my four friends and I could have defended ourselves against him, the whole experience was deeply unnerving.

On our short trip to Pittsburgh, my friends and I had been catcalled, leered at, and followed — all within 30 minutes of being out in public. I’ve since learned that our situation was not all that uncommon.  Every day, women experience this type of treatment.  In a recent study done by the Stop Street Harassment nonprofit organization, over 80% of women said that they have been subjected to sexual harassment at some point in their lives.

We were not dressed inappropriately, nor did we carry ourselves in such a way to invite this kind of treatment. What if I had been by myself? What if my friend didn’t notice the man that was following us and he continued to follow us to my car? How would the evening have ended?

It’s a deeply unsettling truth in our world: Women need to be careful, vigilant, and always cognizant of their surroundings, especially in tune with any person who seems out of place.

In hindsight, we probably should have not left the restaurant where the man was staring at us, and instead told the manager, who would have told the man to leave us alone. Even turning around to face him as he followed us to the car, loudly confronting him as a group, would most likely have been enough to deter him. But we were startled and frightened.

The evening ended safely, but it was enough to make me wonder how many other evenings do not.