Society's expectations for women's bodies are not only unrealistic. They're destructive, too. 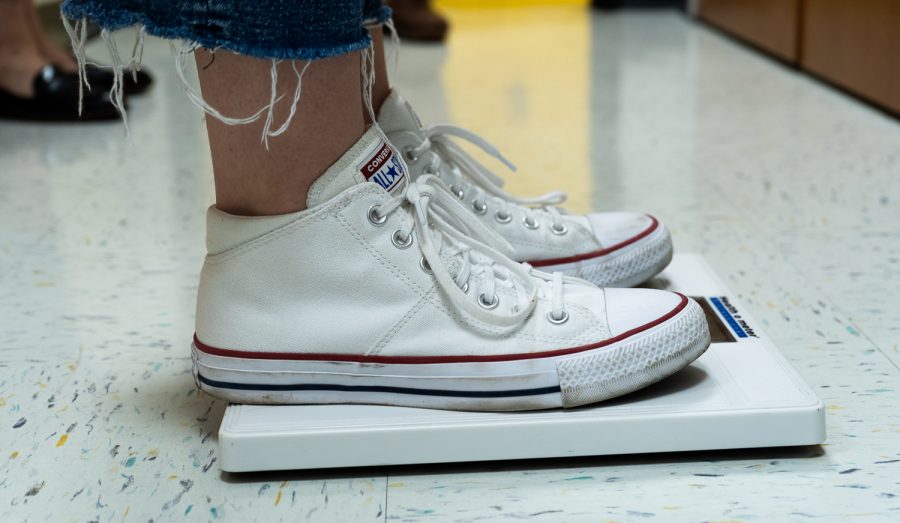 TW: Eating disorders are discussed throughout the following article.

If it is a day ending in “y”, there is something to be said— that will be said— about the way a woman* looks.

If beauty were objective, and there were truly a set standard for what a woman should look like, it is likely that we would find a flaw in even the most perfect woman. She is either too skinny or too fat, too tall or too short, too fake or hasn’t had enough work done, she doesn’t put enough effort into her appearance or perhaps she puts too much…. the list goes on. And if I were to name every impossible standard, we would spend months — with me, trying to type them all, and you, trying to read them — being forced to face every slight against the female form.

Now, it’s safe to admit that a majority of these impossible standards for women have been set by men. This is not to say that men do not face body shaming, weight shaming, and other irritations of the sort, but to understand why they face these standards — typically to a lesser degree — we first have to understand what women are dealing with and why they are given a ridiculous and seemingly infinite amount of molds they must try to fit.

There are a lot of factors that play into the shaming of women’s bodies, whether it be the media, medical bias, gender stereotypes, parental criticism, objectification from an early age, or even the woman-versus-woman role that many of us are forced to assume in a society that uses “beauty” to place value on her worth. Again, the list goes on.

Unfortunately, a lot of these body image issues start at a fairly young age— sometime as early as five years old and a majority becoming an issue at the onset of puberty. Nearly 80% of young girls report anxiety about their weight, and 50% experience this by the time they are 13 years old.

Even among the girls that fall within a “healthy” weight range, 73% of them tend to wish that they were thinner. So even for those who presumably should feel perfectly fine with their bodies, having a healthy relationship with their body image is still a battle that feels insurmountable.

We often blame these impossible standards on the media, which cause a lot of heartache for girls that struggle with the way they look. Girls grow up only being shown the golden standard of who they should grow up to be if they want to be accepted as beautiful and worthy.

We see it everywhere. The Kardashians and thousands of other social media influencers post pictures of themselves with bottles of Flat Tummy Tea and similar diet products as if they not only would drink a tea that causes excessive amounts of time spent on the toilet due to diarrhea but also don’t have access to an abundance of wealth that allows them to hire personal trainers, invest in personal gyms, get plastic surgery, and purchase countless other accommodations that come with the luxury of being rich.

My point is that the media somehow sets the standard of what we should look like while at the same time allowing that standard to be reach unrealistic and manufactured proportions.

And with the media pitting women against each other, in some form or another, it’s difficult for young and somewhat impressionable girls to not grow up thinking they must compete for their worth.

They grow up being told that in order to lift themselves up, they must do so by putting others down, instead of by recognizing that their own worth exists independently of the worth of others.

Women have grown up this way for generations, so when it comes time when a daughter becomes aware of her own body, it’s difficult for the mother not to pass down the mistrust she has of her own body.

With all of this influence it would be a triumph for anyone to not develop some sense of body dissatisfaction, body preoccupation, and even in severe cases, body dysmorphia, which causes a person to obsess over the idea of some aspect of their appearance being profoundly flawed.

While there are numerous places from which the media draws its standards from, a lot of them stem from the modeling world. After all, a vast majority of ads — especially ones targeted at young girls — are full of models who are almost always expected to be 5’10” and weigh 110 lbs, when, mind you, the national average for female height is 5’4”, and average weight sits at roughly 170lbs.

And yes, of course the standards thankfully appear to be changing. There is noticeably more inclusivity among models now than there surely was ten years ago, but the media’s expectations have not been entirely shaken.

Such largely unattainable standards are set by modeling agencies, typically run by men. Of the top five modeling agencies in the country, four of the CEOs are male. Millions of women are stuck trying to conform to standards set for their bodies by men who have never had to deal with the things we battle on a daily basis, such as weight fluctuation, stretch marks, body shape, and bloating.

But then what about the men who experience body image issues? Almost 25% of teenage boys say they have been concerned about some aspect of their appearance in general. Why? In a world where the standards are set by men, shouldn’t they all be in the clear?

Not necessarily. A lot of men struggle with body dissatisfaction because the aspects of themselves they would like to change are considered feminine.

Men who feel insecure about a lack of leanness are generally concerned with being perceived as too soft, a quality more closely associated with women. Men who fear they are too thin are afraid of being seen as not masculine enough in the sense that they don’t prioritize muscle definition or strength, when women are also expected to look less toned due to the historical expectation that they should be confined to doing non-physical tasks.

But even though men experience body image issues to some degree, the more serious effects of these issues continue to be much more prevalent among women.

Two out of every five teenage girls have or will experience an eating disorder, such as anorexia, bulimia, or a binge eating disorder. Eating disorders can cause life long health issues, even after the disorder has been resolved, and in many cases of severe eating disorders, like anorexia, it can lead to death. Young girls with anorexia are 12 times more likely to die than women of the same age who don’t have anorexia.

The prevalence of eating disorders raises the question of how a person could get to the point where they even consider counting calories or forcing themselves to throw up to avoid gaining weight.

Again, the media plays a large part, but what we often don’t consider is the role that school plays in how kids view their bodies.

Not only are eating disorders barely covered in district-mandated health classes, and the research behind the information available about eating disorders severely underfunded, but schools actively force kids to confront their weight nearly every year through weight tests.

Actress and body-image activist Jameela Jamil has recently begun to open up about her experience with eating disorders. In a Twitter statement she made on August 10th in response to a tweet regarding schools’ decisions to start weighing students more actively in response to pounds gained during the pandemic shutdown, she said this: “Hard pass. Being weighed at school was truly the minute my eating disorder started at 12. I can trace it back to that exact day.”

I myself can freely admit to trying to make myself physically ill to avoid going to school on those dreaded days when I knew I would be weighed in front of my gym teachers and all of my peers. It was almost as if the school was purposefully trying to humiliate me for whatever unhealthy decision I had made that week.

Jamil continued, “Understand that size is not an indicator of health and just teach children about nutrition, make exercise fun, and stop serving dogs*** at lunch.”

Which leads me to my final point. Women’s bodies are often criticized from every angle, and when those doing the criticizing are called out for it, their defense is usually that they were “concerned about her health,” wis just another flawed double standard that women have to face if they are anything other than skin and bones. What usually goes unsaid, though, is that weight in and of itself is not a perfect indicator of health.

Yes, there are instances in which it can be, but largely, there are a lot of other factors that go into what we consider to be a healthy body.

In a study done in 2008, researchers found that nearly a quarter of people who were classified as having a “normal” weight still had indicators for one or more of the risks that we usually associate with being overweight— not limited to things like elevated blood pressure and higher levels of blood sugar and cholesterol.

A person’s weight is never a reason to presume that they are or are not healthy, despite however much we have been brainwashed into believing that it is.  It’s important to remember that our bodies are the vessels that we use to live. They are not who we are as people, and more often than not, the places that stick out the most are just the places that store, oh, I don’t know, our most vital organs. We should not have to fit perfectly inside our skin to be valued in society.

*The words woman, women, girls, and others that indicate gender are used in a general sense. We recognize at The Uproar that there are many people who have lived these experiences and have never or no longer identify as female, but for the sake of the length of this article, the terms “female-presenting” and “no longer female-presenting” have been omitted.