Disney's newest movie expresses the importance of passion, friendship, and above all, love. 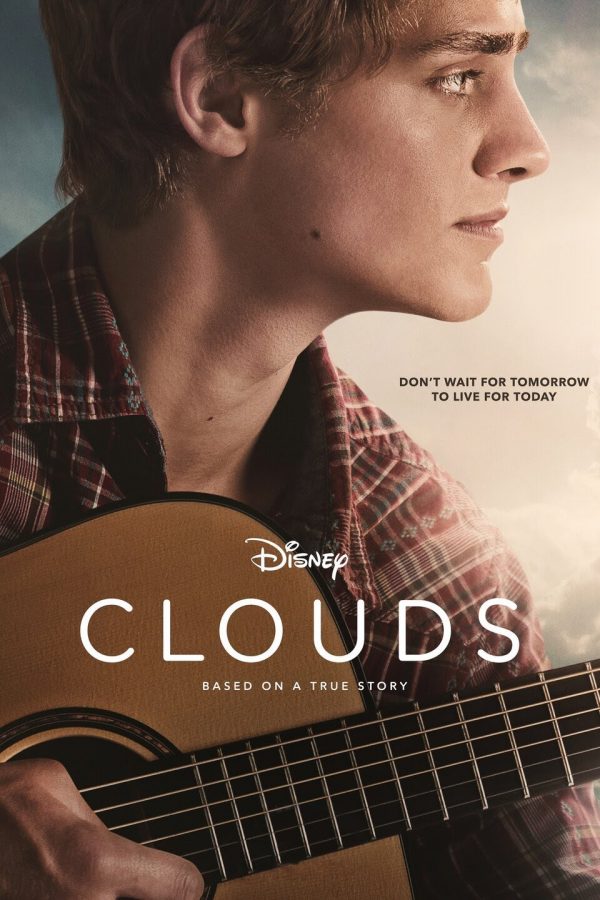 The film teaches viewers the importance of living out your dream, no matter the cost.

Inspired by a true story, the new Disney+ original, Clouds, has touched the hearts of many within a few weeks of its release in October of 2020. This movie is based upon the memoir Fly A Little Higher: How God Answered A Mom’s Small Prayer in A Big Way by Laura Sobiech. The movie follows the life of Zach Sobiech, a high school senior soon to become a star.

The movie begins with Zach arriving at his high school to perform in their talent show. Among his arrival, its learned that Zach has been diagnosed with cancer and has been undergoing chemo treatments for four years. Zach suffers from Osteosarcoma, a cancerous tumor located in a bone. Despite this diagnosis, Zach is a light-hearted, charismatic teen who is a real crowd-pleaser.

In the opening scene of the movie, Zach states, “What some people take for granted, others are fighting for. And believe me, I’m a fighter.” This line sets the stage for the remainder of the movie—Zach’s battle to fulfill his dreams with the time he has left.

After watching the first 20 minutes of the movie, audiences can tell that it’s going to be an emotional rollercoaster of a movie. And trust me, it was just that. After learning the seriousness of his cancer diagnosis, Zach begins to ponder how he wants to spend his life with the unknown amount of time he has left to live it. The severity of his diagnosis causes a large shift in the atmosphere of his interactions with friends and family. This once light-hearted, charismatic boy gets lost, but there is one thing that starts to bring him back.

Zach has a great passion for music—singing, songwriting, and performing. He dreams of writing his own songs and touring his very own album one day. He and his best friend, Sammy Brown, begin to write and play music together, inspiring each other along the way. The two have been best friends for a long time and refer to each other as family. They decide to write a song together, and it becomes a hit on the charts.

In school, he is assigned by one of his teachers to write his college essay, but Zach fears that he won’t make it to college. He decides to make the most of his days, pursuing his dreams and finding the “music within him.”

This movie is definitely tear-jerked, but an inspiring story nonetheless. Zach Sobiech teaches us to make the best use of our time on Earth and take nothing for granted—you never know how long you have. Zach experiences love, loss, joy, and sadness throughout his battle with cancer, trying to make the most of every minute with his friends and family. He instills hope into everyone in his life, bringing many people together in celebration.

Justin Baldoni, the director and producer of Clouds, has been in the industry for a while. He directed Five Feet Apart last year and has portrayed Rafael Solano on The CW show, Jane the Virgin. His work on Clouds, however, may arguably be his best.

Following the release of the film in mid-October, the cast and crew have received much praise—a 78% on Rotten Tomatoes and a 7.5/10 on IMDb. I would highly recommend this movie to anyone seeking a true, inspirational story. Clouds teaches us about overcoming obstacles and making the most out of troubling situations. Most importantly, this movie shows us the legacy of Zach Sobiech; a fighter and inspiration for us all.