More than a Score

We know the numerous inadequacies of standardized testing. So why is it still guiding our education? 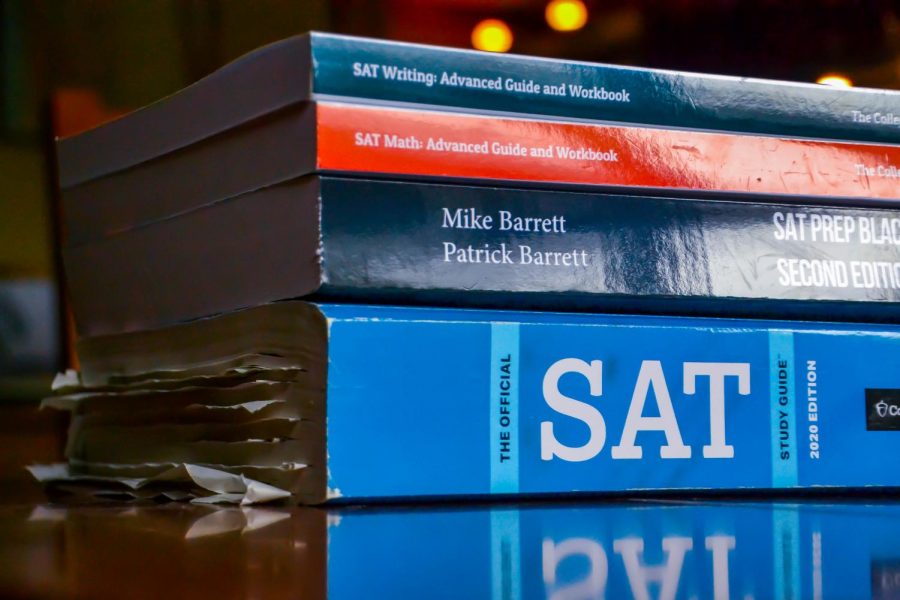 Contrary to their purpose, standardized tests can have widespread negative effects on students.

Two Saturdays ago, I, along with dozens of other students, reluctantly walked through the doors of NASH at 7:45 AM, where we would soon spend the next five hours bent over a desk reading passages and solving math problems. We were taking the SAT—a test that haunts the lives of millions of high schoolers annually.

As I paced up and down the halls on our five-minute break, I couldn’t help but feel that it was unfair that my admission to college could be determined by whether I know how to convert degrees to radians. By the time I was done testing at 1:10, my back hurt from crouching down on the desk, my hand was cramping from filling in hundreds of tiny bubbles, and my eyes were so strained I could barely drive home.

I began to think about all of the standardized tests we’ve had to take over the years, from the PSSA to the Iowa Assessments to the Keystone Exams. Why was so much of our education devoted to the goal of getting an “advanced” or “proficient” mark on these tests?

Standardized tests have existed since the 1800s, but they became widely enforced in the United States with the passing of the No Child Left Behind Act in 2002, in response to the declining international ranking of American students.

The law required that all 50 states test their students in reading and math from third grade to eighth grade and report students’ scores and progress. Schools were kept on track with a system called “adequate yearly progress,” or AYP. If a school did not meet their annual targets for two or more years, they were considered to have not met AYP and would face consequences as extreme as being shut down.

However, the act did not work as planned. By 2010, 38% of schools were failing to meet their AYP, and several states were seeing failure rates of almost 50% by 2011. In response, the Obama administration put in place waivers in 42 states, allowing them to bypass certain requirements of the No Child Left Behind laws.

Although no longer in effect, the No Child Left Behind Act left a lasting impact on many students’ and teachers’ lives. Teachers and schools were, and in some places still are, evaluated based on the test results of their students. Michelle Rhee, former chancellor of Washington D.C. public schools, stated that in 2010, she fired 600 teachers, closed 23 schools, and introduced $25,000 bonuses to teachers based on students’ performance on standardized tests.

But make no mistake.  Standardized testing negatively affects all students to one degree or another.

We were only eight years old when we took our first standardized test. From that moment, we spent so much of our time in elementary and middle school being taught to clinch passing scores on state and national tests.  But at what cost?

Standardized tests have certainly taken a toll on our creative potential. From fourth grade, we were taught how to write the perfect TDA, or “Text Dependent Analysis”: five paragraphs, one quotation per body paragraph, use of basic transition words… you know the drill. If we followed the basic formula, we got the perfect score of four.

However, to this day, that is how I, and most other students, still structure our essays. I know that I don’t need to follow the format, but it’s where my brain automatically goes. As a result, I’ve noticed that my writing sounds the same as my classmates’ writing, and each year we have English teachers who appear exhausted as they try to squeeze an ounce of creativity out of us.

Anyone can follow a recipe. But when it’s time to break out of the mold we were shaped into at such a young age, we don’t know what to do. Maybe if schools spent more time fostering creativity and encouraging discussions in school, instead of teaching us how to answer the same questions over and over again, students would have far more interest in their classes.

Although state-mandated standardized testing is required only from third to eighth grade, there are still two important tests left to conquer in high school—the SAT and the ACT.  The two exams play a starring role on our college applications and can make or break our shot at admission. Yet neither of those tests measures creativity, or for that matter many other characteristics of promising students, such as leadership, integrity, and resiliency.

Moreover, any student who has prepared for the SAT or ACT will vouch that the tests can be gamed by learning some simple strategies. Both exams have a set formula with repeated patterns that, with sufficient access to prep books and tutoring, can easily be learned before one takes the test.  When a student gets tutored to raise their SAT or ACT score, they’re usually taught strategies on how to “play” the test, instead of actual concepts. In fact, if the SAT and ACT measure anything, it’s how well we can take the SAT and ACT.

The two exams also, unsurprisingly, place poorer students at a disadvantage. One-on-one tutoring, prep classes, and a shelf of study books can be cost-prohibitive. The official SAT study book made by The College Board costs nearly $40 alone, and tutors charge an average of $70 per hour.

Then comes the cost of the test itself.  The SAT is $49.50, and the ACT is $46.00, not including the additional $20 if one wishes to take the writing portion of the test, which many colleges require. While low-income students can qualify for fee waivers, they can do so only twice.  As every student at NA can attest, sitting for the ACT or SAT more than twice is hardly uncommon.  The popular tutoring site PrepScholar advises students to not take the SAT “more than six times.”

With all of this in mind, it is clear that standardized testing is neither a fair nor accurate measure of students’ intelligence and skills. Yet there are countless students in their later years of high school who feel no passion in any area of study and are instead preoccupied with worries over improving their standardized test score to ensure college admission.

But perhaps the solution lies not within public school classrooms but inside college admissions offices. The sooner that colleges abandon these unfair and inadequate tests and develop a fuller understanding of merit, the sooner students and their teachers will reassess their priorities — and the shift has already begun.