Studies on four-day weeks have proven successful in the corporate workplace, and school districts across the nation are beginning to take notice. 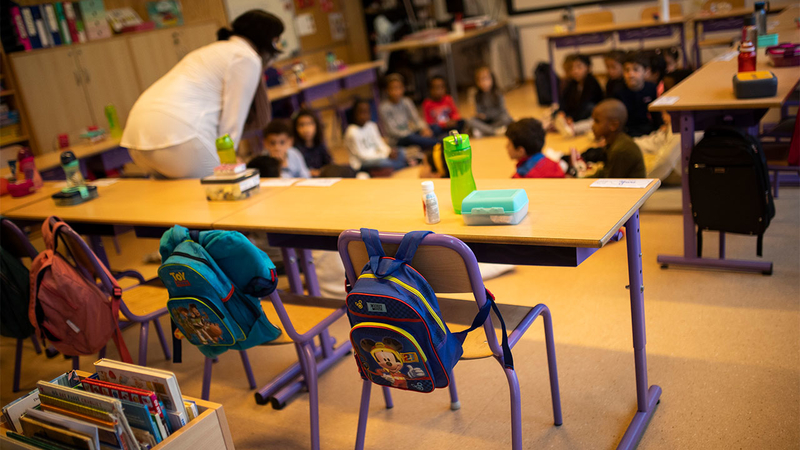 The success of the four-day work week in other sectors of the economy has led some school district to adopt the same schedule.

Nothing seems as immune to change as the five-day school week. But while a four-day school week might at first appear highly unlikely, recent changes elsewhere in the workplace suggest that the educational system may be closer to an extra day off than many students think.

In the summer of 2019, Microsoft tested the effectiveness of a four-day work week, and their results were shocking. Microsoft employees in Japan were given each Friday off. The extra day resulted in a whopping 40% increase in employee productivity.

Employees may not be the only ones who could benefit from a four-day work week. Microsoft also found that the number of pages printed in their offices decreased by over 58% and the use of electricity decreased by over 23%.

But the idea has expanded beyond the corporate world. In a number of states, most notably including New Mexico, Oregon, and Colorado, some public schools have opted for a four-day school week. Over 50% of public school districts in Colorado have transitioned at least one school to a four-day week, and many other schools in the West are picking up on the trend.

But is there enough upside to convert the entire American educational system to a four-day model?

According to the National Conference of State Legislatures, the average savings for a school district under the four-day model is between 0.4% to 2.5 %.  At a time of economic uncertainty, the financial upside to a shorter school week could entice more schools to take notice.

There are also educational benefits to a shortened week. Most schools that have shifted to a four-day week have lengthened the school day, giving teachers longer class periods to improve the quality of their instruction. Student attendance is also greatly improved in a four-day system. Since students have Friday off, parents can schedule doctor appointments and other activities that would otherwise require them to leave school early on their day off, which ensures students will miss less class time and improve their learning experience. Also, schools can schedule sporting events on the extra day off, which also ensures that students miss the least amount of instruction time possible.

For all of its advantages, however, a four-day school week may introduce new problems to the school system.

A lengthened school day, which would be necessary in most cases, could affect student attention spans. The NCSL claims that students may struggle to pay attention during a lengthened school day, especially at the elementary level. Many parents could also struggle to find or pay for childcare on their child’s day off. Most importantly, children who rely on their school for food each day may go without proper nourishment on their day off.

At present, research on the feasibility and efficacy of the four-day school week is conflicting. A study published by The MIT Press Journals, which was conducted on students with a four-day schedule in Colorado, found that students’ math test scores increased relative to their five-day counterparts. However, another study conducted by Paul M. Hewitt and George S. Denny at the University of Arkansas showed that a four-day school week had little to no effect on students’ academic performance.

Many schools in western states have the luxury of deciding whether to implement a four-day school schedule, based on their freedom to adjust school hours to meet state needs. Oregon, South Dakota, New Mexico, and Idaho, for example, have no minimum school day requirement, which allows their schools to transition to a four-day schedule.

However, much of the rest of the country’s educational system is currently unable to make such adjustments. For example, Pennsylvania law requires that all schools be in session for at least 180 days each school year. Converting to a four-day schedule would mean that Pennsylvania schools would need to be open nearly year-round, with shorter breaks to make up for the missed day each week. After factoring in off days for holidays, students in Pennsylvania would be limited to less than a month of summer break.

A nationwide school schedule change could take some time. With the proven success of the four-day week in workplaces, however, students and teachers should not be surprised if the movement gains traction soon across the nation’s state legislatures.