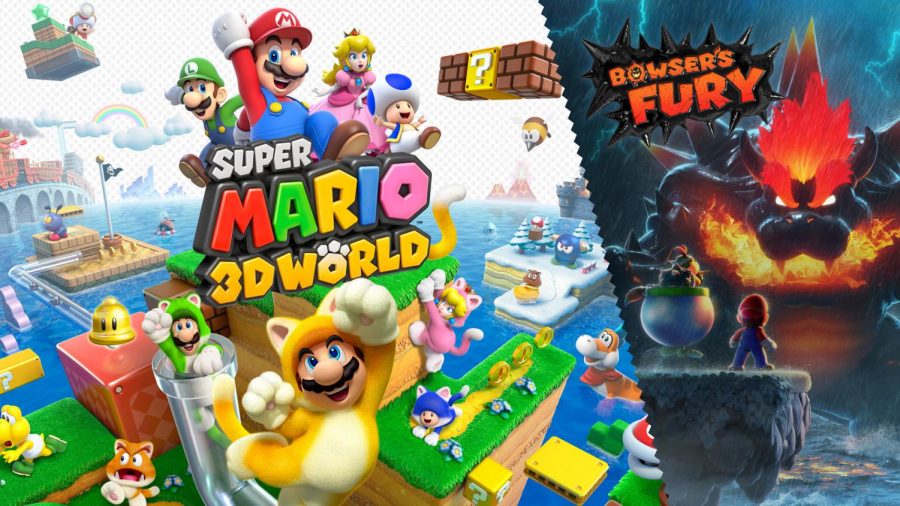 The hype for Mario’s 35th anniversary isn’t over just yet. The much anticipated Super Mario 3D World + Bowser’s Fury is coming to the Nintendo Switch in just a few weeks, and it is jam-packed with new content and features that weren’t available in the original game.

While another port of a game from the Wii U may not seem like the most exciting event, the new trailers from Nintendo and the entirely new game mode, named Bowser’s Fury, suggest that all Mario fans and gamers in general should be eagerly awaiting its release. Not only does this offer the unique chance to play one of the Wii U’s finest games on the go, and on Nintendo’s most innovative console yet, it offers those who didn’t play the original game a chance to experience it for the very first time.

The original Mario 3D was already an incredible experience that could be played with up to four players and featured eight main worlds as well as four unlockable worlds for a total of nearly 100 levels in all. Players can choose from the classic quartet who appeared in Super Mario Bros. 2 on the NES, Mario, Luigi, Peach, and Blue Toad, as well as the unlockable Princess Rosalina, who first appeared in Mario Galaxy and has since become a lovable fan favorite of the franchise. Although these characters are all unique and exciting, many fans are hoping that at least one or two additional characters may be added.

Although no new characters were shown off in the trailer or the overview, many are still hopeful that secret characters may be unlocked or made available in later updates. Some of the most interesting rumors are Mario and Luigi’s eccentric cousins, Wario and Waluigi, as well as classic characters such as Princess Daisy, Yoshi, or even Donkey Kong.

Personally, I think it is most likely that either Yoshi or Toadette get added. Toadette appeared in the port of New Super Mario Bros. U and could offer an easier mode for beginners. Yoshi could be similar with his ability to flutter kick and eat enemies. As much as I would love to see either Donkey Kong or Wario, I think both are very unlikely. Wario hasn’t featured in a main line Mario game since since Super Mario Land on the gameboy all the way back in 1989, and Donkey Kong is doing very well in his own games, with the relatively recent Donkey Kong Country Returns and Donkey Country: Tropical Freeze. Either way, the opportunity to play this game as a new character would undoubtedly be very exciting.

Potentially new characters are not all the main game has to offer, though. It is filled with new features to improve the general gameplay. Characters will move more quickly, and the dash will power up sooner, making for even more exciting and fast-paced gameplay. Snapshot mode is also supported in the game allowing players to take pictures of their favorite levels, add filters, and even decorate with stamps that they had collected in previous levels.

The feature that is probably the most enticing is the ability to play multiplayer online, as opposed to only locally. This will be a really cool feature to compete or work together with friends or just random players from across the globe. It remains to be seen if there will be anything in the way of a worldwide leaderboard for things like time spent completing the course and collecting the most green stars and stamps. However, this is a very impressive new feature nonetheless.

While the new additions to the main game are enough to change the game and make it somewhat worthwhile playing, Nintendo knew they had to do a lot more to justify the $59.99 price for what is essentially a seven year old game. Considering that is the price for nearly all of the new games for the Switch, something truly special had to be added, and it seems that Nintendo have done just that, with the new mode known as Bowser’s Fury.

In this mode, Mario teams up with Bowser Jr., who can either be used by a second player or to assist player one to help stop the rampaging “Fury Bowser,” which is basically a huge, much more aggressive version of the Koopa King, covered in what looks to be black ink. Mario and his seemingly new ally will explore a world called “Lake Lapcat” and collect “Cat Shines” that will apparently help the pair defeat this new monstrous form of Bowser.

There is a huge cat theme, with all of the enemies seemingly taking advantage of the Super Bell that was added all the way back in the original game. This is a power up that gives Mario and any of his friends the ability to claw enemies and climb up walls for a limited amount of time, and it will be interesting to see how exactly this affects some of the classic Mario baddies, such as hammer bros. and piranha plants.

Although Lake Lapcat does seem to be the main location where this game mode takes place, there also appear to be a few other worlds. Mario can be see riding on Plessie, the aquatic dinosaur that helps him move through water in Bowser’s Fury, and the main game alike, through what looks to be a winter-themed world. The snow world is a classic theme that has appeared in many of Mario’s games through the years, and this may suggest that other themes will be used, meaning there are potentially even more worlds to explore. It looks to be an open world kind of game where the players can freely roam and find collectables to help them complete the game. Fury Bowser will also apparently attack the player periodically, and the player must collect enough cat shines to unlock the giga cat bell that will grow Mario to a much larger size, allowing him to go toe to toe with Bowser.

Although there is much more to be learned before the game’s release on February 12th, the details we do know are certainly enough to catch any Switch player’s attention.