A Relationship Forbidden by the Universe Itself

Amy Bonnaffon's latest novel takes a deep dive into the perilous love story between the living and the dead. 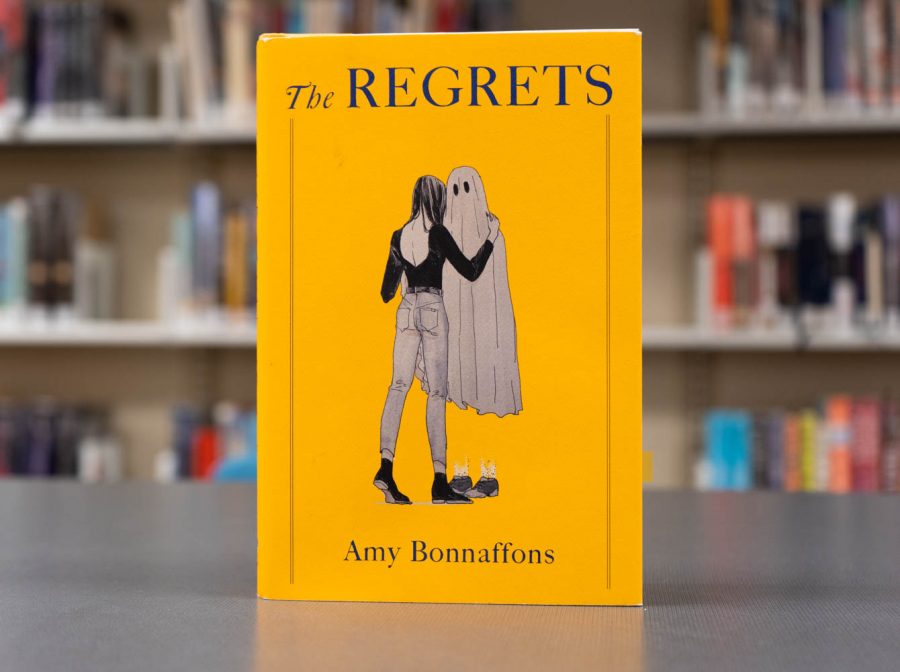 The Regrets is a romance novel that defies the expectations of the genre.

There are few books that I can truly say that I wish I could read again for the first time. Of course each book— well, good book— has its own spellbinding, magical, can’t-put-it-down-even-for-a-second properties, but even among my favorite books, there’s something comforting about discovering new details you hadn’t noticed the last time through.

The Regrets, however, is not one of the latter, and if I could sell my soul to read it for the first time again, I almost definitely would.

Bonnaffons’ decision to tell this story through three different perspectives provides a greater and deeper understanding of the clear themes of humanity and loss throughout the novel in a way that is as ethereal as it is haunting. Her ability to create a complex relationship between the reader and each character’s respective musings only furthers the novel’s entrancing and evocative qualities.

At face value, the story follows two people through a relationship that was practically forbidden by the universe itself, and the added perspective of what I can only call a barely consequential third party. The hiccup that sets the narrative into motion?— One part of the central pair is dead… well, almost dead.

The story begins with Thomas, a man who spent his entire life pursuing physical pleasures in an attempt to appease a feeling he felt briefly as a child, during his  encounter with an “angel” who embraced him in death mistakenly. This time, Thomas dies for real, but the mistaken encounter has left him unable to pass on fully and peacefully into death. The remedy for this purely bureaucratic error is a three-month long stint as a soul-in-limbo inhabiting a body that is not entirely his.

Enter: Rachel, the only woman Thomas has seen since his death-induced half-life of monotony and waiting who has been able to light a spark within his remaining humanity. Unfortunately, their desire to be with each other ruins his chances of a seamless transition into whatever comes next.

The aforementioned “barely-consequential” third party manifests as the lesser told inner monologue of Rachel’s first serious partner, Mark. His presence acts as a means for catharsis when her and Thomas’s desire surpasses its expiration date and spoils itself into obsession and toxicity as Thomas’s imminent non-existence becomes more apparent.

But to me, this story is more than about the grey areas between love and lust, life and death, being and not-being. It’s about falling love with death, and death falling in love with you in return. It’s fantastical undertones manage to perfectly encapsulate both the beauty and horror of obsession— in life and material desire— but also the obsession with death itself and death’s tendency to latch onto those left vulnerable in its wake.

Both the writing and storytelling compel the reader to feel the same symptoms of death that plague the characters— the cold and hollow pricks that they feel are just as present in the reader’s own being.

The journey this book will take you on is not an easy one. Its plot points may feel specific, but the emotional subplot of the story will deeply resonate with you and hold your hand as you walk down a path of self-realization, loss, and an eerily strong connection with the unknown process of death. It is a beautiful story about loving and letting go. For those who feel compelled to read it, I suggest dedicating a solid portion of your day to this book, as it’s certainly not one you will want to put down.