Drive-Ins: The Epitome of American Culture

Drive-in movie theaters have been all the rage recently, and their history is proof that they're truly a staple in American culture. 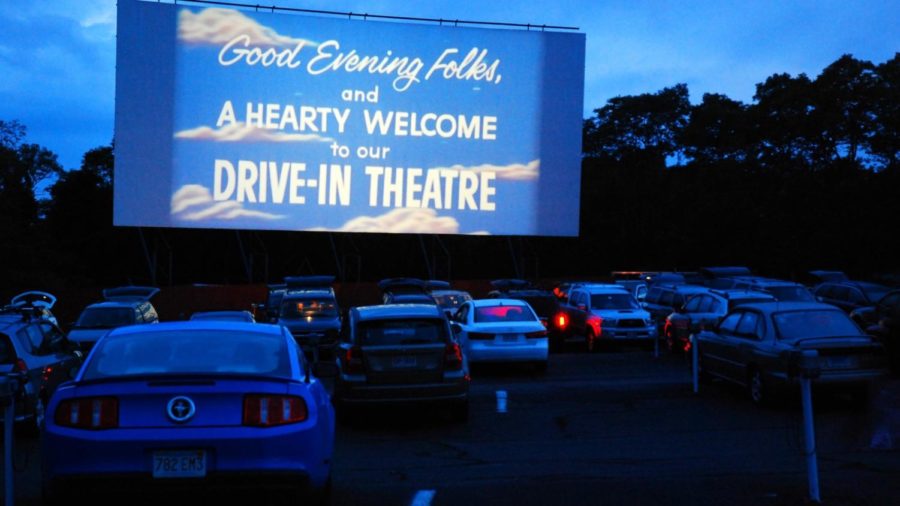 Drive-ins embody nostalgia and offer people of all ages a fun, safe activity.

As the warmer weather approaches and spring settles in, many students are looking for different ways to spend time outside. While a trip to the movies is always an enjoyable way to pass the time and get out of the house, going to the drive-in is a unique experience that has been around since the 1930s and has recently made a comeback in popularity.

Originally invented in 1928 to accommodate his mother, a heavy set woman, who had difficulty sitting in regular movie theater seats, Richard Hollingshed made watching films from the comfort of your car a reality. Hollingshed experimented with many ideas to create a viable option for her, from hanging a sheet to some trees in his backyard to attaching a projector onto the hood of his car and testing different weather and viewing conditions.

After five years of trial and error, Hollingshed received a patent for the first “Automobile Movie Theater.” First opened on June 6th, 1933 in Camden, New Jersey for the low admission price of 25 cents, the drive-in movie theater served as a less expensive and more comfortable alternative to sitting in a regular movie theater. Over 600 people attended to watch Wives Beware, a 1932 movie.

Hollingshed advertised that “the whole family is welcome, regardless of how noisy the children are.” His welcoming slogan allowed families to relax and bring their children along without having to worry about getting someone to look after them on their night out.

Drive-ins also served as an inexpensive date night option to many teenagers and young adults. Despite his initial success, Hollingshed was not able to make a profit; yet, the concept of the drive-in had expanded across the country. In 1950, Hollingshed’s patent was declared invalid and anyone had the ability to open their own drive-in theater without having to pay royalties to him. Due to this declaration, from the 1950’s to 1960’s, drive-ins flourished, with over 4,000 theaters appearing across the United States.

Unfortunately, over time, drive-in theaters lost their appeal to the public as the oil crisis in the 1970’s forced many people to downsize their cars to save gas. This was coupled with the introduction of the VCR, which made it more intriguing to stay at home and watch a movie as opposed to going out.

Because a drive-in required at least 15 acres of land, theater owners found it more practical to shut down their establishments and sell their land in order to make more money. Additionally, weather conditions in certain parts of the country made it difficult for people to attend an outdoor movie all year long.

However, in spite of their previous decline in popularity, COVID-19 restrictions have brought drive-in theaters back to life. It is a much safer alternative in the sense that families can be socially distant and outdoors. The pandemic has even given multiple drive-in theaters the opportunity to reopen after permanently closing in the past. It is still unknown if drive-in theaters will last as indoor movie theaters are now reopened, but many people are finding going to the drive-in to be an enjoyable blast to the past, an embodiment of American culture.

With only a little over 300 drive-ins still operating in the US, it is an experience you don’t want to miss. In fact, you can support your local drive-in with a trip to Dependable Drive-In in Moon. So, grab your car, blankets, pillows, snacks, and some friends, and make your way to the drive-in!