A Review of Stowaway 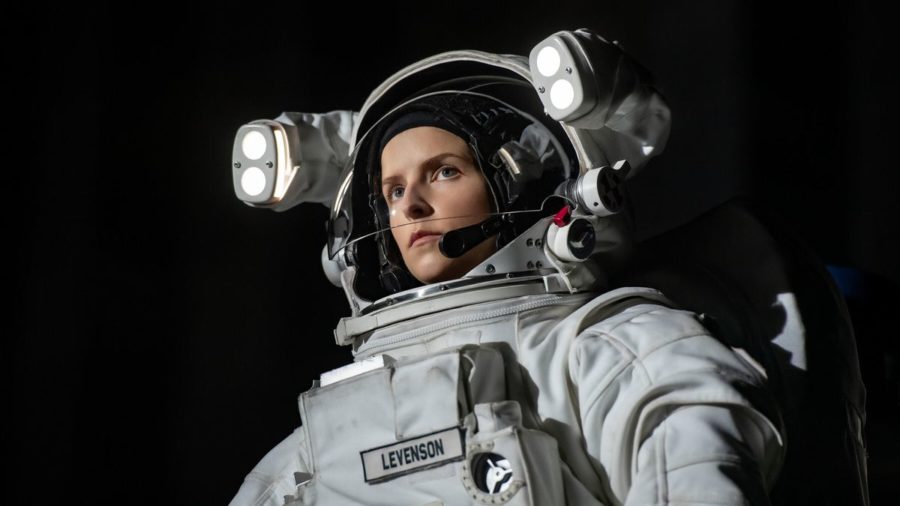 3…2…1…Launch into an expedition to Mars on the MTS-42 that includes far more than a simple spacecraft drifting towards a planet for two years. Netflix’s new original movie Stowaway follows a story about the deepest depths of human bravery, strength, and sacrifice.

As Commander Marina Barnett prepares her crew, biologist David Kim and medical researcher Zoe Levenson, for the beginning of their two year departure to research Mars as a second home for humans, trouble strikes their ship within the first 12 hours.

Accidentally left unconscious behind a panel, a stowaway, launch support engineer Michael Adams, is discovered by Commander Barnett. Immediately, danger is at their doorstep. With a fourth member on board the MTS-42, oxygen supply becomes detrimentally limited. But to make matters worse, Michael’s body was entangled in a machine that removes carbon dioxide from the air which was destroyed when he was discovered.

Within 12 hours of a long two-year mission, the lives of the crew are already at stake, leaving them 20 days to come up with a solution to the limited oxygen before they would all parish. Grappling with the realization that one member, most likely Michael whom they’ve started to bond with, must ultimately have to die to save the lives of three, Commander Barnett, Zoe, and David try ways to prevent that from occurring.

While trying to preserve the life of another, the crew represents extreme qualities of the human character, giving the movie a depth unlike any other. From utter compassion to ultimate sacrifice, a space expedition elicits the characters’ deepest emotions and actions.

Ultimately, the movie serves as a lesson for viewers to care for the wellbeing of others and to put people before themselves. While it may not ask the viewers to be as extreme as the characters, it still proves that showing care for more than yourself is the way to make your life meaningful.

The impact people leave on others creates a far more important, successful life than someone who focuses on themselves without a care in the world for anyone else. Stowaway pushes that concept to produce a lasting impression on its viewers making it a movie completely worth watching.

Although not many watchers can relate to a space exploration resulting in chaos and difficult decisions under pressure, the theme of putting others before yourself is one every single viewer can take something from.

Stowaway is a wild ride of a movie with its intricate themes and impressive visual qualities that take its viewers through every bend and turn, providing nothing but an exciting movie-watching experience. Emotions are high and human compassion is completely rung out.

What could have been a simple space expedition movie plot soon turns into an expression of pure human action. Netflix’s original movie Stowaway is completely worthy of its prior second in the United States position on the Top 10 list.

All those who are searching for a movie that encompasses the truer meanings of life should watch all 146 minutes of Stowaway. It is highly impactful, to say the least.