The Girls' Lacrosse Team faces off this evening against Shady Side Academy in the WPIAL quarterfinals. 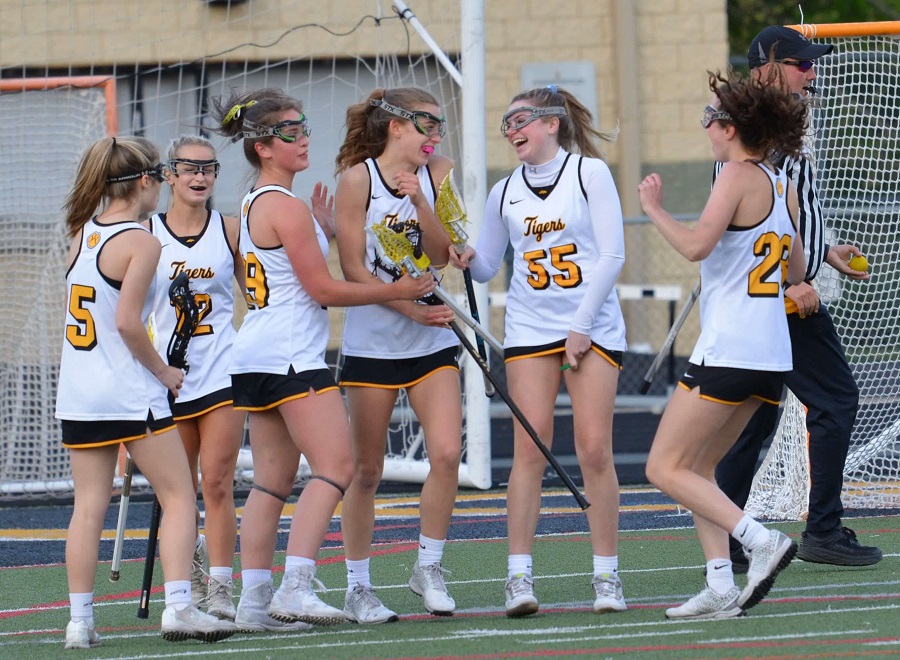 Currently ranking third in the WPIAL section 2-AAA, the Girls’ Lacrosse Team is advancing their way through the playoffs. With an overall record of 15-3 and a victory Monday evening over Latrobe, the team is gearing up for their game tonight against Shady Side Academy in the WPIAL quarterfinals.

Team co-captain Katie Oates could not be more thrilled with the team’s success.

“As a team, we really stepped up this season,” the senior said. “We ended with the best winning record NA has ever seen in the girls’ lacrosse program.”

Oates knows that playoffs will be nothing easy for the team, but she is confident they can do well.

“We want to win,” she said. “The games will be tough, but we know what we have to do to win. As long as we play how we play, we have a good shot at making it.”

Along with Oates, co-captain Lola Wilhite is ecstatic with the team’s success this season.

“I think we did fantastic in the regular season,” Wilhite said.

However, Oates and Wilhite understand the challenges that came along with playing during the COVID-19 pandemic.

“The biggest challenge was the uncertainty with all the COVID-19 restrictions and quarantines,” Wilhite said. “We constantly had girls missing practices and games due to quarantine from school. Each player learned to step up when someone was out.”

However, through all of the difficulties, the team became closer in the end.

“We learned that nothing is guaranteed, so we need to always play like it is our last,” Wilhite said.

That kind of attitude is exactly what has made the experience so special to Wilhite and Oates.

“My favorite aspect is how you don’t just join a team to win games, you join a family that you want to work hard with and play hard for,” Wilhite said.

Junior attacker Bella Falo is hopeful for what the playoffs could bring.

“I think the bond our team has is what made us so successful this year,” Falo said. “If we put in everything we have, we could make it all the way.”

Junior defender Amelia Henderson recognized how much both the team and program have grown over the years.

“My freshman year was the best in NA history up to that point. This regular season topped it,” Henderson said. “I’ve seen the team grow and improve so much. I think we’ve become WPIAL contenders.”

As senior defender Marisa Hess prepares to end her high school career, she is extremely proud of the team’s efforts this season.

“We killed it in our first playoff game,” Hess said. “This whole season, we stood our ground and contended in every game. All we have to do now is keep the energy up and play as a team.”

Tonight, the team faces off against Shady Side Academy at 6 pm to hopefully advance to the WPIAL semi-finals.