A Lesson in the Lockdown

No one imagined spending the morning of the seniors' last day of high school in a lockdown, but it could prove to be an unintentionally useful learning experience. 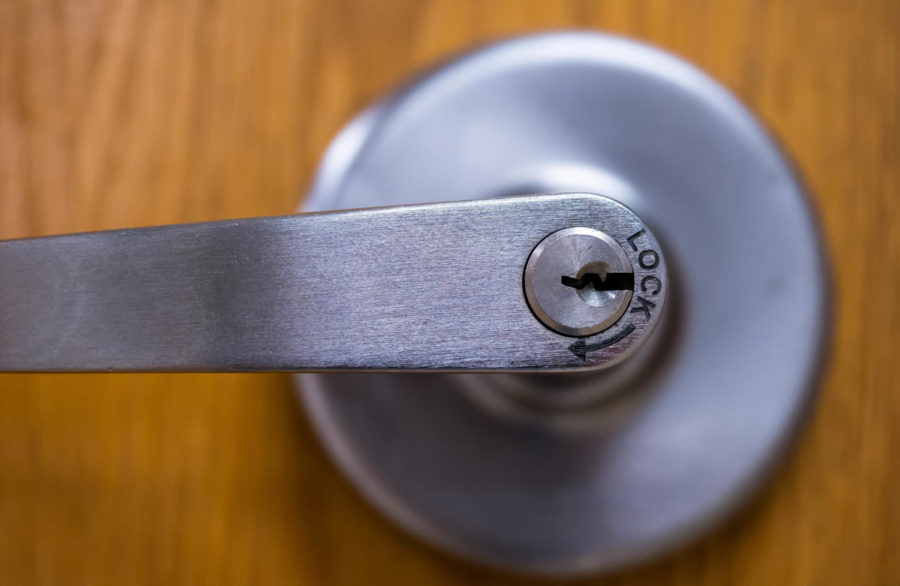 Friday's lockdown shed light on areas for improvement regarding NASH safety and security.

At approximately 8:05 AM on Friday, June 4 (the seniors’ last day of school), NASH was ordered into lockdown due to an unidentified person entering the school. I was in gym class at the time, and the teachers swiftly brought us downstairs to the locker room. At around 9:45 AM, the lockdown was lifted. NASH Principal Dr. Dirda came to the gym to tell us what had happened and that she was proud of us for handling the situation properly.

This is all I know. I do not know any specifics about the intruder, other than that they were unarmed and a former NA student, or how the McCandless Police and school administration handled the situation, so I will be discussing this event from my point of view from the locker room.

Gym class was about to end, so I was talking to my best friend who was about to leave the gym to talk to another teacher during homeroom. She left, and I stayed back in class when I heard a very faint announcement come over the PA system saying something about a lockdown. My gym teacher, Mr. Cremonese, told our class to follow him downstairs to the locker room (an area of the school I did not know existed). I checked my phone to see a group chat of my friends saying that this was not a drill and that there was actually an intruder–a former NA student–in the building. I was getting nervous.

I expected the lockdown to end once the bell rang signaling the end of homeroom, but we stayed down there. I felt more anxious as I lost cell reception in the locker room and could no longer talk to my friends in different parts of the building who seemed to know more about what was going on than I did. Later on into second period, Mr. Cremonese told me that he would be much more panicked if the intruder was armed. So my friends were right: there was a trespasser in the building. The situation was thankfully not as threatening as it could have been, but the intruder still created a terrifying situation that selfishly and ignorantly ruined the seniors’ last day.

There is no doubt that the school handled many aspects of the situation very well. No one got hurt, and everyone remained safe.  The fact that a lockdown was called was good thinking on the part of the administration, even though this intruder most likely had no intention of hurting anyone. The teachers knew exactly what to do and did so efficiently, and Dr. Dirda delivered a well-articulated message after the lockdown was lifted and the intruder was no longer in the building.

However, this event exposed some improvements that must be made in case something like this were to happen again on a more dire scale.

For starters, the message that Dr. Dirda delivered to us in person was actually originally delivered via NATV broadcast to all of the classrooms. However, the gym did not have a screen like the other rooms did so we couldn’t play the announcement via broadcast. Additionally, I have heard from a few friends that their teachers’ boards were not connecting to the broadcast, so they were not able to see or hear the announcement either, and they did not receive the in-person message like we did.

Also, anytime an announcement came on from the PA system updating the school on the situation, no matter where I was–either the gym, the locker room, or the hallway or stairwell in between the two–it was incredibly difficult to hear, and not because people were being loud. The PA system in the school is not loud enough in general. On Friday, we would have all had to hold our breath to be able to hear the message. Some people who were in the hallway at the time of the initial lockdown announcement could not hear the intercom either and had to be plucked into random classrooms.

I had quite a bit of time to think while in lockdown (about an hour and a half to be exact), and I let my mind wander to a place I wish it didn’t have to go. I thought about what would have happened if the intruder was armed and dangerous, with the potential to kill people. If Friday’s intruder had had violent intentions, would the procedures we went through have been sufficient to keep every single person safe?

For years, ever since the shooting at Marjory Stoneman Douglas High School in Parkland, Florida, it has confounded me that our schools do not have more safety precautions, particularly any form of identification scanning upon entering the building. While security at NASH is tight once first period begins, anyone can walk into the school at the beginning of the school day, which is precisely what happened with the trespasser on Friday. What if they had been armed? Where could they have gone within the school? In the locker room, where I was? In a classroom where my best friend was?

The most nerve-racking thing for me was the fact that I did not have cell service in the locker room. I could not keep in contact with my friends to make sure that they were all okay, and worst of all, I missed all six messages from my mom asking where I was and if I was okay. I didn’t even have the time to tell her that the lockdown was starting. It pains me to think about this, but what if I didn’t get the chance to tell her I love her one last time if something unthinkable were to happen? In this technologically dependent world, it shocks me that cell service is not consistently reliable in all parts of the school.

I am profoundly thankful that Friday’s situation was not dire, but I can’t help but think about what could have happened. Shootings have become so commonplace in our country, and they could happen anywhere, even here at NASH. I believe that if there are any possible extra safety precautions that can be taken, they must be taken so tragedies can be avoided. Unfortunately for my generation, this is something we have to think about. But no one wants to think about this. So that we can go to school with peace of mind knowing we will be safe while we’re there, we must make some changes.

These changes can include scanning ID cards upon entering the school, the addition of metal detectors at main entrances, improved method of communication throughout the building (i.e. a louder PA system in every room, hallway, and bathroom), and strong cell service in every part of the building. We must take these events seriously because sadly this is the world in which we live.