Luck Can Always Play A Part

How are the Steelers able to win games with this offense? Can they make a run at the playoffs? 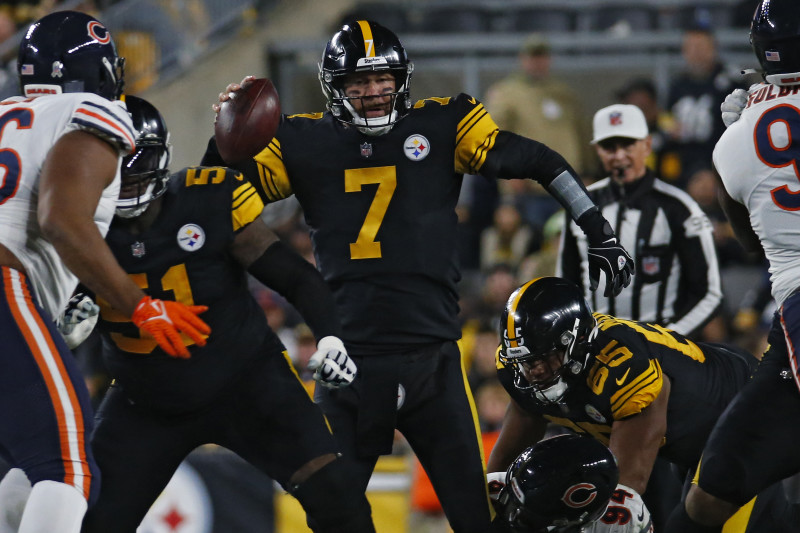 With an inconsistent offense and a lot of luck, the Steelers have managed a winning record thus far.

Have you ever succeeded in something you were expected to fail in and asked yourself, ”How in the world did I do that?” That seems to be the reaction of a Steelers fan every time they have won this year.

Emerging victorious five out of eight games, I seem to be asking myself how the Steelers manage to win with one of the worst offenses I have ever watched in the history of the franchise. Quarterback Ben Roethlisberger looks ready for retirement, JuJu Smith-Schuster is gone for the rest of the season, the offensive line can’t really do much, and Najee Harris is unable to run the ball effectively because no one can run block for him.

Many will say, and by no means am I saying they are wrong, that the Steelers defense does enough to give them a chance to win every game. That is most certainly true, but I have a different explanation for their unlikely success.

Let’s look at who the Pittsburgh Steelers defeated and got defeated by. They beat the Buffalo Bills (5-2), Denver Broncos (5-4), Seattle Seahawks (3-5), Cleveland Browns (5-4), and Chicago Bears (3-6), while they lost to the Oakland Raiders (5-3), Cincinnati Bengals (5-4), and Green Bay Packers (7-2). The teams that the Steelers lost to are top 10 teams in the NFL and they seemed to be close games. However, they beat three teams that are .500 or above. The Buffalo Bills have the leading MVP Candidate named Josh Allen, the Broncos started the season 3-0, and the Cleveland Browns have a top-three team roster.

The Steelers seem to have a history where they continuously upset the odds and beat teams that they are not expected to beat. What I’m saying is that the Steelers have a history of luck and it is clearly showing right now. The only team, in terms of matchups, that the Steelers should have beaten so far is the Seattle Seahawks. The only reason they have the edge in that matchup is that the Seahawks had Geno Smith (backup) playing Quarterback instead of Russell Wilson (starter). With that being said, if the Seahawks were healthy, the Pittsburgh Steelers should be 0-7!

Now, can the Steelers continue to upset better teams and contend for a playoff spot? As of right now, they are projected as the #6 seed in the AFC Playoff Picture, which means they would have a playoff spot.

If you look at these opponents, the Steelers can beat the Lions since they are currently rebuilding their franchise. If they win those, they would go to 6-3.

I do not expect them to defeat the Chargers with their amazing offense, led by Justin Herbert. I believe the Steelers can upset the Bengals since Cincinnati is an on-and-off team. The Baltimore Ravens, in my view, will beat the Steelers both times this regular season simply due to Lamar Jackson’s playmaking and their killer defense.

The Vikings look terrible this year and inconsistent, so I think the Steelers can win that one. The Titans recently lost their star running back, Derrick Henry, for the season and that is definitely going to massively hurt their offense. Having said that, I believe the Steelers can beat them.

The Chiefs have a quarterback named Patrick Mahomes who is currently struggling, but I expect him to go back to the MVP player that he truly is and destroy the Steelers.

Lastly, the Steelers will face the Browns to finish the season and I believe Cleveland’s top-three lineup will defeat them to end the season.

My predictions would make the Steelers finish at 9-8, which would probably result in not getting a playoff spot.