The Small, the Fragile, and the Defunct

For specialized clubs with low membership, each new week can feel as if it may be the last. 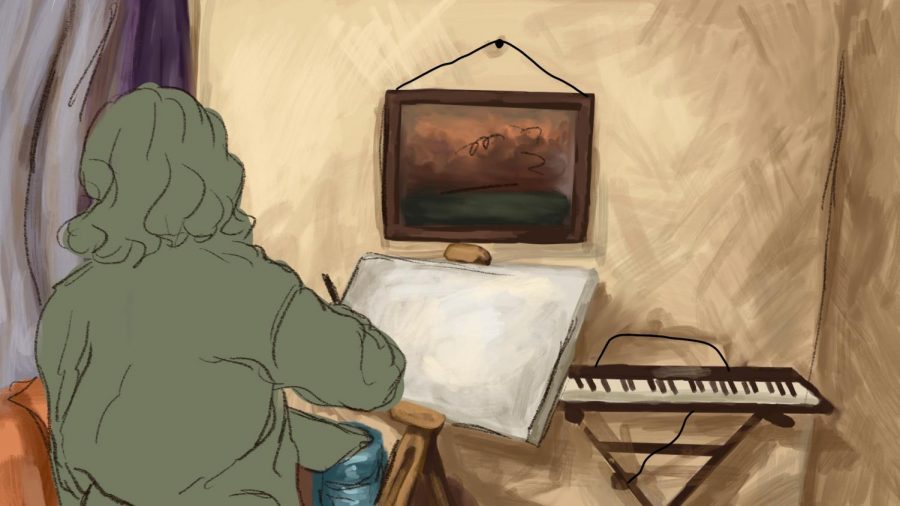 Membership retention is the key challenge for small clubs, some of which have had to stop meeting altogether.

Ever heard of the Bluegrass Club?  Anime Club?  Sushi Club?

No?  You’re not alone.  Those one-time clubs are, alas, no more.

At North Allegheny Senior High School, a few key names come to mind in conjunction with the word “extracurricular.” Thoughts go to TigerThon, Speech and Debate, the Marching Band, DECA, and other massive student organizations that tout triple-digit membership numbers.

However, in the shadow of the towering presence of these organizations lie smaller ones that may go unnoticed by the general student population. Some continue to thrive in their own small way, with zealous members and teacher sponsors, while others, despite decades of activity, have faded away to nothing.  These clubs have their own origin stories, purposes, struggles, and triumphs.

With its abundance of ambitious students, NA is never lacking for new clubs. However, many underestimate the work required to successfully launch a club as well as the speed with which student inspiration can fizzle out.

Last year, junior Thea Cross noticed the wastefulness of the NASH cafeteria’s plasticware and was driven to push for a switch to compostable utensils. She realized that such a passion project would benefit from the power of numbers and decided to start the Environmental Club with a few friends.

Interest started out quite strong. However, as time went on and schedules busied, students dropped off one by one.

“It started off with eleven people, and they were like ‘Yeah! I do believe in this.’ But the people that actually did work [were] down to five… and then there were one or two people who admitted they were there merely for their resumes,” Cross recounted.

They couldn’t split all the work among only five people, especially when there were other activities and AP classes to worry about. And it certainly did not help that the Environmental Club was born in the midst of a pandemic year when student engagement was at an all-time low. Eventually, all the founding members agreed that the club had run its unfortunately short course.

“In the beginning, we cared, but then no one wanted to do any work,” Cross said. “Then all the stuff that you would normally do with an Environmental Club, like going outside and picking up trash, we couldn’t do because of COVID.”

In front of room 234 stands a wire rack of paper booklets, each with the title VARIATIONS stamped proudly on the front. The most recent addition to the collection is from 2018, which goes to show that COVID-19 proved to be a death sentence, not just for fledgling clubs, but well-established organizations as well.

NASH’s VARIATIONS literary magazine had been published annually since 1973, but two years ago its staff members released the magazine’s final copy online while socially isolated at home.

“That year specifically, there were not a lot of members,” recalled Ms. Yakich, the magazine’s previous teacher sponsor.

But even before the pandemic hit, VARIATIONS was scrambling to find interested students.

“The biggest struggle was getting enough members to split up the work. Since students are required to dedicate a large amount of time to other activities, it was hard for them to even give 30 minutes after school to work on reading or looking at art submission,” explained Yakich.

This lack of student participation meant that the brunt of the work fell on the teacher sponsor.

Mrs. Lombardi was the magazine’s previous teacher sponsor and described her work with it as a “labor of love.” But she could only endure eight years’ worth of the extra effort, stress, and time the magazine demanded and eventually passed on the responsibility to someone else.

“It aged me,” said Lombardi laughing while pointing at her hair.

For some of the clubs that made it through a school year of remote learning and still exist today, sacrifices have been made to ensure survival.

Senior Morgan Nash is the president of National Art Honor Society, the organization with inarguably the best-designed fliers posted around the school. She has been with the club since her days at NAI and brought it with her to the Senior High School.

Although NAHS proudly sports 57 members for the 2021-2022 school year, this was not always the case. A few years ago, NAHS membership struggled due to the extra conditions students had to meet in order to join. For example, there was a minimum GPA requirement and members had to take at least one art elective. The membership issue was only resolved once those prerequisites were erased and more students were encouraged to join

But even now, Nash states that the club’s biggest obstacle is maintaining involvement and excitement.

“There isn’t always a huge turnout to each event, and I wish more people would prioritize it, but we understand it is often low on people’s priority lists,” she admitted.

Clubs with similar purposes have taken to merging in order to battle scheduling conflicts and prevent split memberships.

In late September of this year, junior Deeksha Rachupalli announced a new chapter of the Foreign Policy Youth Collaborative, or FPYC, at North Allegheny. According to Rachupalli, FPYC’s goal is to “bridge the gap between foreign politics and teens” at NASH.

Like the Environmental Club, FPYC began with significant interest from the student body. However, when meetings were moved to Thursdays after school — due to a scheduling issue on the part of the club’s sponsor — FPYC found itself overlapping with a similar organization, North Allegheny Model United Nations.

In an attempt to prevent a direct time conflict, Rachupalli staggered her club’s meeting times with that of NA Model UN. Despite the effort, these clashing times proved detrimental to meeting attendance.

“The first meeting, I think we had seven people who showed up. And out of the 20 people [in the club], only three of them emailed me to say they couldn’t make it. Then the second meeting rolled around, and I think three people came — very, very low turnout rate,” Rachupalli said.

In the end, Rachupalli spoke to Mrs. Ruffolo, the sponsor for Model UN, and decided to merge the two organizations into one.

A similar story exists for the Multicultural Student Union. As students head into the thick of the school year, finding meeting times that work with everyone’s schedule has been the number one challenge.

“This year seems to be very busy for everyone since everything is starting to go back to normal, and MSU is just not a priority for most,” said senior Renee Wilkins, this year’s elected president for the Multicultural Student Union.

In order to combat these scheduling issues and incentivize more students to join meetings, MSU is merging with Global Minds, another club that focuses on race, ethnicity, and diverse cultures.

Despite these tales of struggle, many NASH clubs thrive from a vibrant community and highly invested students and sponsors.

Tucked in the middle of the English hallway on the building’s second floor are the headquarters for North Allegheny’s Dungeons and Dragons Club,  overseen by Mr. Rhinehart. The club is now in its sixth year.

Like most other extracurricular activities at NA, the D&D Club did not emerge unscathed from the turmoils of a pandemic school year.

“[Dungeons and Dragons] is a very personal game. Last year with everything in place, the club finally got up and rolling, which wasn’t hard to do because there were only seven or eight people,” Rhinehart said. “[Students] met a few times, and then competing schedules got in the way, so it was going for a little while, and then it just kind of stopped.”

But this year, with decreased COVID-19 restrictions and a well-adapted school community, the D&D Club is gaining momentum once again. Students have approached Rhinehart with a desire to participate in games, and he is in the process of preparing the club’s official launch next Wednesday after school.

“It’s pretty enthusiastic,” said Rhinehart, when describing the energy of the club room during meetings, “Suddenly a group of people sitting in the corner [will] stand up and cheer because their characters just slayed a dragon they thought they weren’t going to be able to.”

However, though his hopes are high for this year, Rhinehart well understands the tenuous nature of running a small club at North Allegheny.

“If our numbers ever start to dwindle, I’ll  communicate with my student leaders in an attempt to figure out a solution,'” he said.