Several teachers at NASH have tattoos, each with its own story. 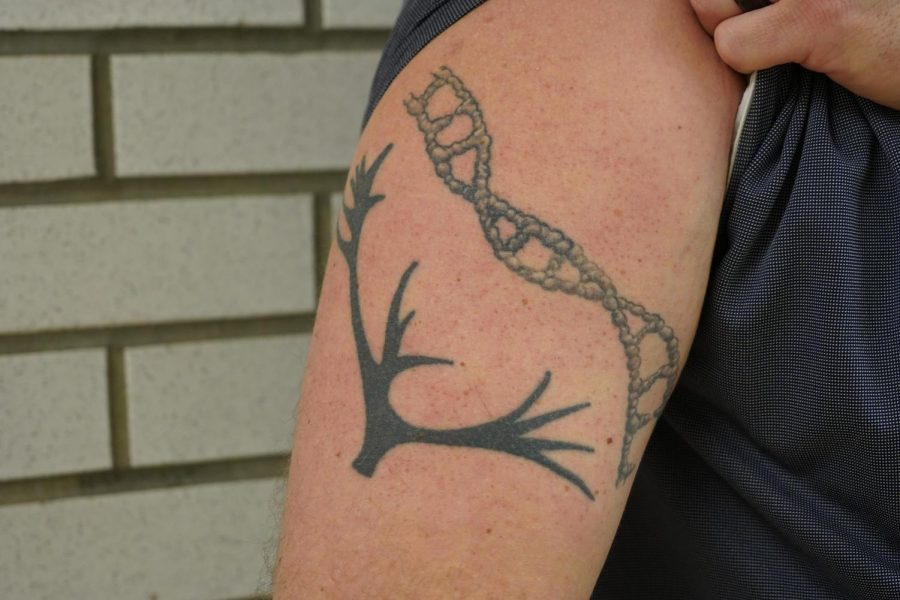 Tattoos are controversial. Some see them as a form of self-expression, or an art form of its own. Others view them as something only young people get, and some may even see them as unprofessional.

Due to these varying opinions, it may come as a shock to some students that several teachers at NASH actually have tattoos of their own. For example, social studies teacher Mrs. Newell sports a tattoo on her foot with a fun story behind it.

“The tattoo says, ‘All was well.’ It is the last line in the last book of the Harry Potter series,” Newell said. “My friend and I visited the opening day of the Wizarding World of Harry Potter in Orlando to celebrate the end of an era–the last book came out in 2007, and the final movie was being released later that year. The day after visiting the theme park, we both went to get Harry Potter tattoos.”

The tattoo holds much meaning for Newell.

“Harry Potter was a large part of my life–for the first time, I was reading for enjoyment. I was 11 when I started the series. Since then, I’ve read 30 to 40 books a year and have a teaching certification in English in addition to social studies,” she said. “The series really affected my life in a positive way, and I’m glad I got to show that through my tattoo.”

A Harry Potter-inspired tattoo may be seen as geeky by some, but Newell does not mind.

“I think when my students learn about it, they think I’m a nerd, and I’m very much okay with that classification,” she said.

The strategic placement of Newell’s tattoo ensures flexibility in all types of situations.

“I chose to get it on the top of my foot. This allows it to be visible when I don’t mind if it’s seen, but I’m also easily able to cover it up during events or circumstances where it would be inappropriate,” she said. “Having that kind of flexibility is important to me as a professional.”

In contrast to Newell, AP Chemistry teacher Mr. Davis displays a proud sleeve on his arm.

“I put the tattoo on my arm because I want people to see it,” he said. “I am proud of the work the artist did, and I like telling people why I had it done.”

Davis’s tattoo is intricate, with special meaning behind it.

“Every person has a birth flower, a flower connected to the month of your birth. Scattered about my left arm are the birth flowers of the six people that have meant the most to me in my life–my parents, my wife, and my three children,” he said. “In between the birth flowers, I gave the artist the liberty of creating her own design work.”

Davis shocked some with his tattoo.

“Some people were surprised, especially people I hadn’t seen in a while,” he said. “When I explain to people the motivation behind the tattoo, most people are supportive.”

Similar to Davis, Special Education teacher Mr. Connors’s tattoo is inspired by a person with much meaning to him.

“The tattoo was after the passing of a friend,” he said.

Connors’s tattoo is unique and personal.

“The tattoo is from a sketch on a desk in my friend’s classroom,” he said. “I would sit at the desk daily when we would talk. I told him years ago I wanted to get a tattoo of the sketch.”

“I have always been interested in science, specifically biology,” he said.

Allen’s family disapproved of his tattoos at first.

“My mother was very angry! She claimed that I had wanted a tattoo since I was about 10–I do not remember that,” he said. “The best part is that after I got my third tattoo, she grew to like them, and I got her her first for her 70th birthday.”

All of Allen’s tattoos are carefully thought out, leaving no room for regrets.

“I waited almost 20 years to get my first tattoo. All of my tattoos are things that I thought about or wanted for very long periods of time,” he said. “I have no regrets, but I feel that is due to not making a rash decision on getting them.”