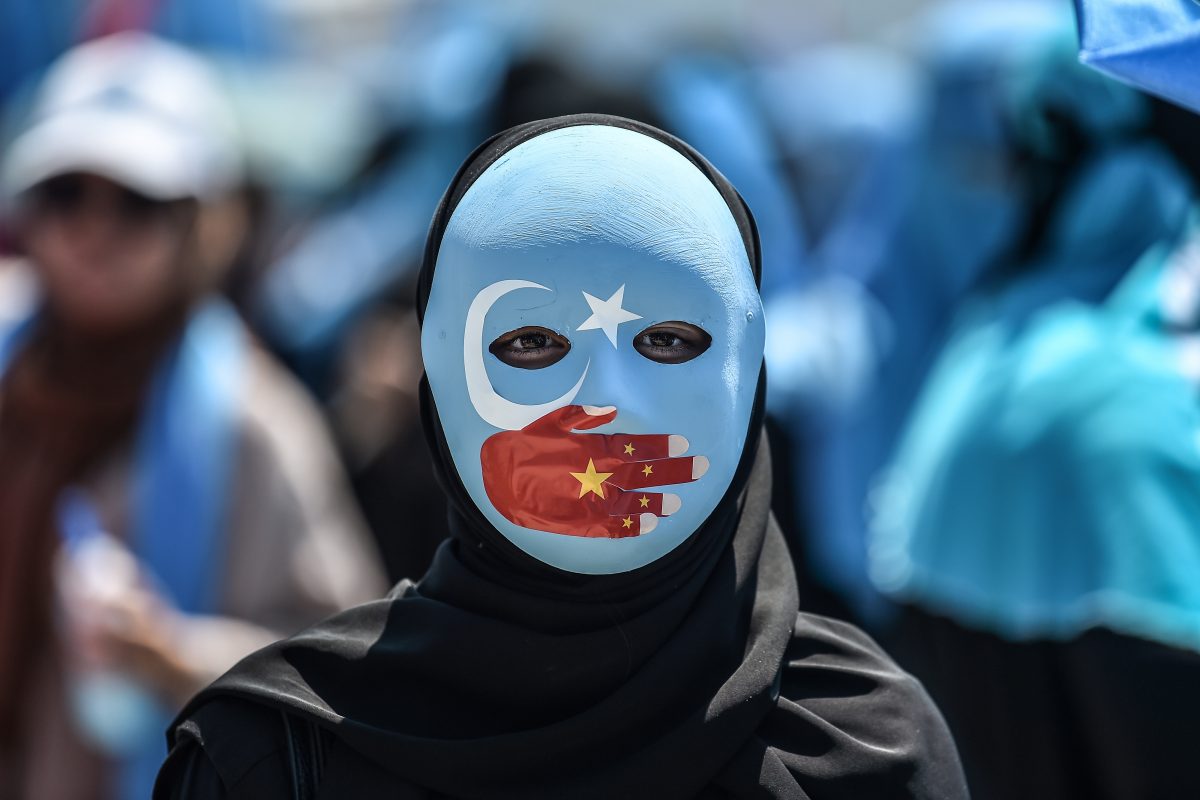 The ruthless treatment of the Uyghurs in China is one of the world's most shocking humanitarian crises, yet most of us remain unaware.

Contrary to popular belief, today’s teenagers regularly advocate for change in social and economic systems as well as environmental policy. Yet still many of us are still living in ignorance — especially at NA.

We often joke about living in the Wexford bubble while attending NASH, but it’s not a joke. We may keep track of the headlines in and out of school, but far too often we tend to focus only on topics of immediate interest in our personal lives.  In turn, we remain ignorant of serious humanitarian crises happening in the world today.

Among the most shocking, tragic, yet little known of these contemporary crises is occurring in China.  Currently in the province of Xinjiang, millions of Uyghurs are facing a form of mass ethnic cleansing.  Here’s what you need to know about the situation and why it’s important. 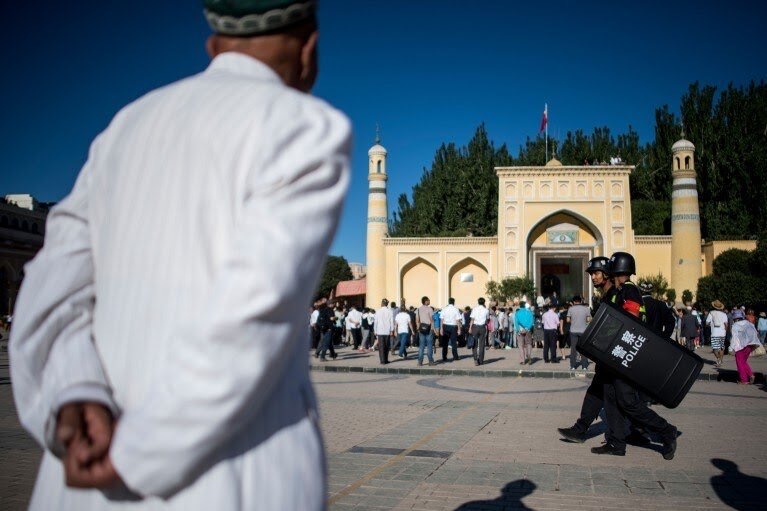 Police and government presence has increased around mosques and other public areas in China as a way to prevent any further "extremist attacks," in the words of Chinese President Xi Jingping.

China, whose majority ethnic group is the Han Chinese, has 55 ethnic minorities, one of them being the Uyghurs. The Uyghurs are a Turkic ethnic group that live in the northwestern region of China, known as the Xinjiang Uyghur Autonomous Region. For the Uyghurs, however, the region is called East Turkestan. One important thing to note about the Uyghurs is that they are Sunni Muslim.

In the late 19th century the Chinese, under Manchu rule, annexed East Turkestan. In 1949, the Uyghurs declared their independence; however, this was short lived due to Mao Zedong’s rise to power. Since then, Xinjiang has become a part of Communist China and has remained subject to harsh treatment by the Chinese government.

For the most part, the government has left Xinjiang relatively alone, having their own internal conflicts to deal with. However, as the years went on and China became more Communist the laws and regulations enforced on the region did not please the Uyghurs. Around the 1990’s when many Central Asian Muslim countries began declaring their own independence, the Uyghurs protested in the streets of Urumqi, the capital of Xinjiang. Following these protests, the government made reforms to their policies, making them even stricter than before. Beijing started to — and still does — keep tight surveillance in the area, increasing the amount of police and military presence. Along with tight surveillance, Beijing encouraged Han Chinese to move into the area as a way to maintain strength in the region.

With the rise of Han population, Xinjiang’s economy began to grow immensely; however, the wealth remained among the Han. Uyghurs in the area live in an impoverished state, despite the flourishing economy around them and this isn’t even the worst of their problems.

In 2009, again the Uyghurs held public protests in Urumqi, this time as a reaction to the Han immigration in the area and the constant economic and social discriminations that they were facing. 200 people were killed during these protests, the majority of them Han. This incident was the turning point for how Beijing would come to treat the Uyghurs. 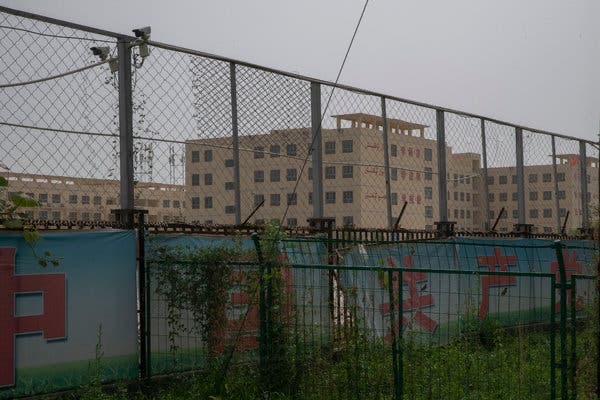 Uyghur "re-education" camps in Xinjiang are a disturbing and increasingly common sight.

Right now in the Xinjiang Uyghur Autonomous Region, one out of every ten Uyghurs in the area is detained in so-called “reeducation” camps. What crime did these Uyghurs commit? Being Muslim. Anyone who has ever sent a text in Arabic, recited the Quran in public, worn a hijab, attended a service at a mosque, or contacted or visited Muslim countries (such as Turkey and Afghanistan) could be or has been detained. Though there are only 27 camps recognized by the Chinese government, reports state that there are now over one thousand camps with over one million Uyghurs detained in total.

At these “reeducation” camps Uyghurs are forced to live in prison-like conditions with heavy surveillance cameras and microphones watching and listening to their every move. Detainees are made to pledge allegiance to the Chinese Communist Party, renounce Islam, sing Communist praises and learn Mandarin. Stories of Uyghurs who have survived and fled the camps reveal that many were subject to brutal torture and sexual abuse. Along with these atrocities, Uyghurs are forced to eat pork and drink alcohol, which are prohibited in Islam, and are not allowed to pray five times a day, which is one of the most important parts of the religion. These actions against the Uyghurs are clear acts to diminish their Islamic beliefs and to lessen the general population of Uyghurs.

The Chinese government, which believes that the Uyghurs are trying to use their religion as a way to spread separatism and extremism in the mostly atheistic and politically Communist country, has denied these claims. President Xi Jinping, who has warned of the “toxicity of religious extremism,” advocated for using  tools of “dictatorship” to put an end to Islamic extremists yet publicly stated that the camps are like boarding schools and that the Uyghurs are being treated fairly.

The United Nations and the European Union have reprimanded China for its actions and have demanded access into the camps to uncover the conditions which the Uyghurs face; however, China denied access. In October of 2019, the US, the only country to take some action other than reprimand, imposed Visa restrictions on any Chinese that may have anything to do with the treatment of Uyghurs and blacklisted tech companies and agencies from buying any US goods that may be used for surveillance.  And in the beginning of 2019, Turkey, the only Muslim country to respond to the crisis, called on China to make sure they fully protect the cultural identities of Uyghurs and any other Muslim minority.

Some humanitarian and social activist groups around the world have held peaceful protests to provoke their own governments to do something about the situation. Those groups are almost entirely Muslim.

For the most part, the world hasn’t done remotely enough to help the Uyghurs’ situation. No one has taken any real action to put an end to China’s ethnic cleansing of the Uyghurs. And what’s even worse is that mainstream media has failed to fully inform the world about it. 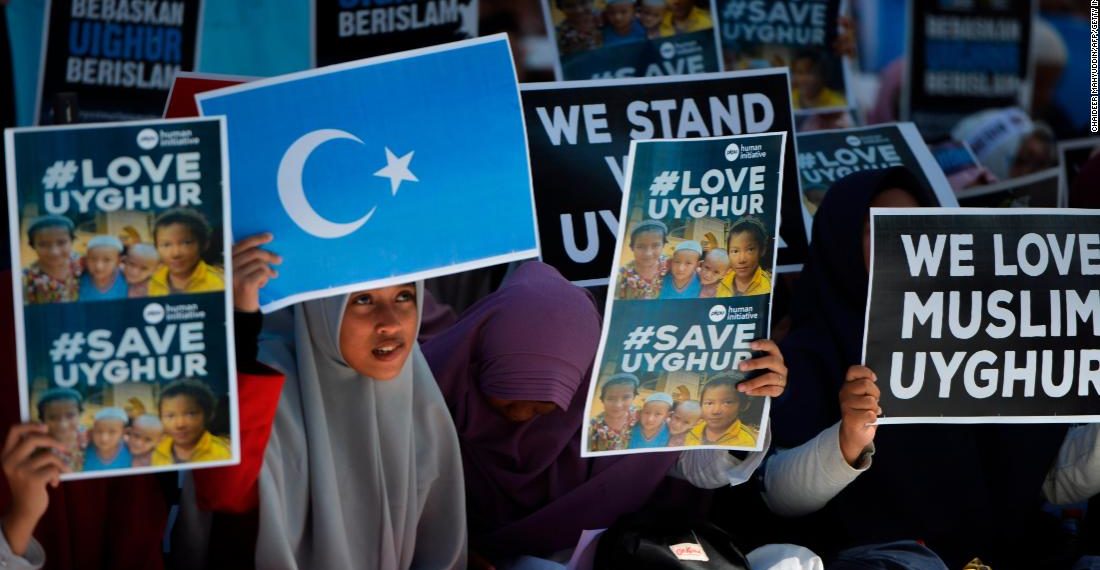 Social activists in Indonesia protest the Chinese treatment of the Uyghurs.

When a group is offended or attacked, people within that group call out to the world for help. As I am not only Muslim but also Turkish with Uyghur ancestry, it is my duty to inform the people around me of my community’s suffering. So here I am, calling out to the world of North Allegheny.

I realize that we as students in America can’t really do much to help the Uyghurs in China, but the important thing is that you know about it. For too long, students at NA have lived in a bubble of privilege and peace and have been unaware of horrors taking place in distant parts of the world.

I urge you all, not just as someone whose community is being harmed but as a fellow teenager, to open your eyes. Your ignorance may feel blissful, but there may come a day when people you care about will be hurt and the world may not see or care. If there’s anything worse than suffering, it’s suffering while the world covers its eyes and ears. 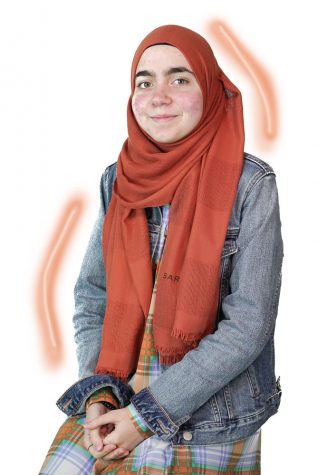 Betul Tuncer is a senior on the NASH Uproar. In her free time she enjoys writing poems, listening to kpop and snacking on hot cheetos.