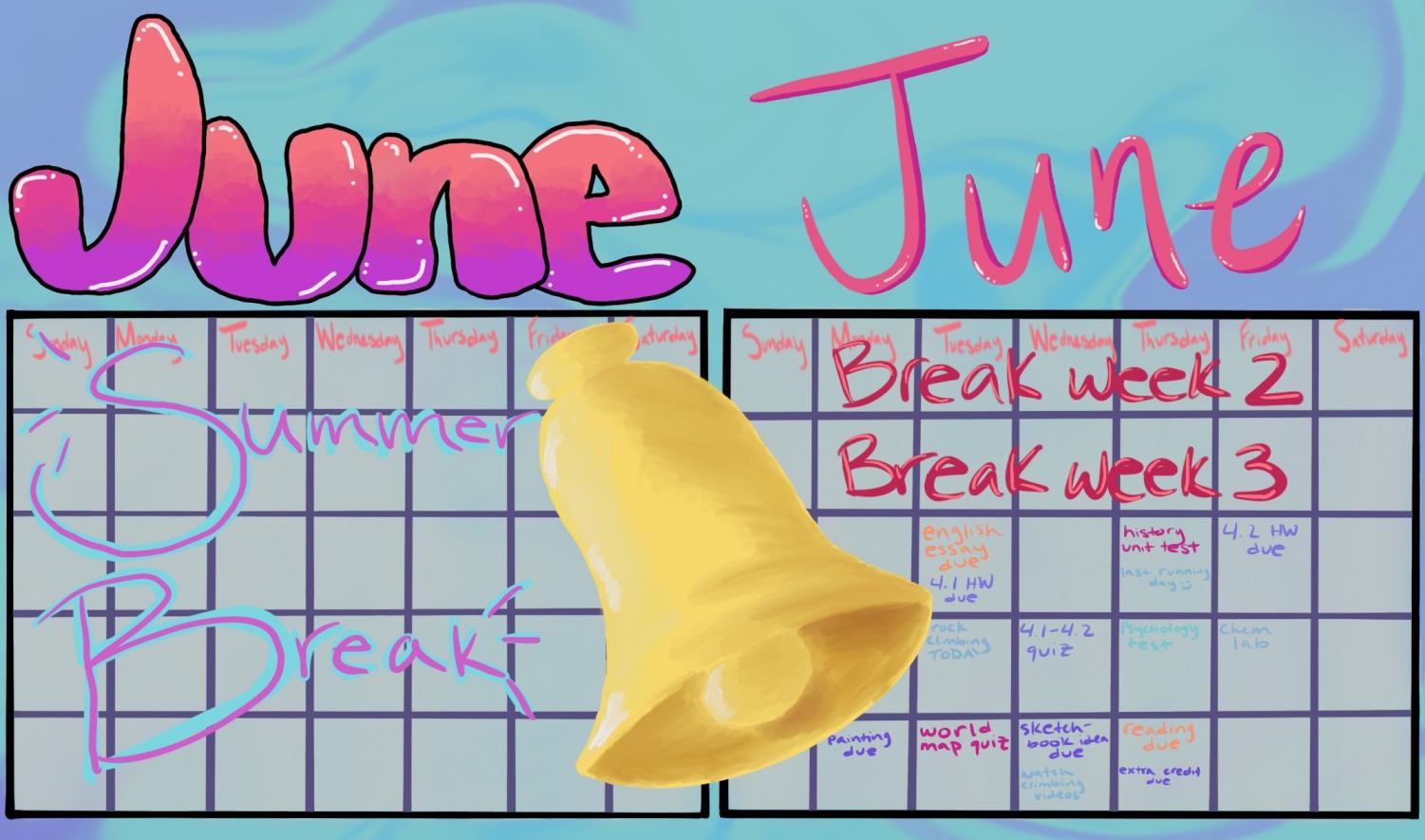 Traditional School vs. Year Round

The long summer break is a cherished aspect of the established school year, but a 12-month school calendar with generous quarterly breaks is not without its own appeal.

The traditional school calendar and summer vacation trace roots back to over 100 years ago. In the United States today, the majority of schools average about 180 days, from the end of August to the beginning of June. There is the occasional holiday break or in-service day, but students typically go to school every weekday until summer break comes along.

The traditional school schedule is referred to as the ‘agrarian’ school calendar as its origin is commonly attributed to the large farming regions in the US where kids would be needed to perform labor on their family farms.

However, in a PBS article, historian Kenneth Gold stated that a more realistic agrarian school calendar would have “a short winter term and a short summer term” with breaks in between. This better correlates with the farming season, allowing families the extra labor from their kids to plant crops in the spring and harvest during the fall. Attending school during the most important months for a farm would significantly reduce labor and could be detrimental to the success of a family-run farm.

During the mid-1800s, city schools were known to have 11 or even 12-month long school calendars while their more rural school counterparts would be lucky to be open for half that amount of time. The “financial state of the district determined how long the school was open during the year” and keeping a school open the entire year was deemed too expensive. Buildings at this time did not have air conditioning and schools provided a two-week break during the hottest months of the year to prevent students from overheating. This break was extended to four weeks because of poor student attendance during the summer, which eventually became the summer vacation students know today.

In an effort to standardize school calendars and increase student attendance across the country, the summer break from the urban schools and the first half of the fall break in rural schools were combined to create the allotted time off from school. The amount of time that schools were required to be open was also changed to about six months with some discrepancies between different school districts for the exact number of days.

Changing a school’s calendar is easier said than done. ”

One argument used against the traditional school schedule is that the long break in the summer leaves a lot of time for kids to forget almost everything they learned over the year. This leads to a considerable amount of time spent reviewing each year, especially for science and math classes where the information builds upon itself. Last year, Paul T. von Hippel, a professor at the University of Texas, tried to replicate the 1980s study that created the basis for the idea of the “summer slide”. While replicating the study, von Hippel and his colleagues “found that the testing methods used three decades ago tended to distort student scores” with the difficulty of the questions creating an achievement gap.

Additionally, the agrarian background and reasoning for the modern school calendar is no longer relevant. The number of farmworkers has dropped from nearly 14 million in the early 1900s to less than 4 million by the year 2000. The truth is that kids just aren’t needed as labor on farms anymore. But, changing a school’s calendar is easier said than done.

Although switching to a year-round calendar is often justified by saying that the change is to improve education, the effects are still questionable. Benefits from adopting a year-round school calendar are shown in elementary and middle schools, but there is not very much evidence of improvement at the high school level. The disruption that comes from changing such a long-standing system is not currently worth it with the lack of information on high school performance. Concerns about the additional costs of keeping school buildings open all year is still a considerable factor for the school calendar, but it’s no longer because of heating problems. Teacher salaries, electricity bills, and keeping the cafeteria stocked are just a few areas of interest, not to mention the changes in the community due to teen summer job vacancies left vacant because students now have to attend school year-round.

The busy, packed schedules that students, especially those in high school, have during the school year limits the amount of free time they have. Instead of taking kids out of school for vacation, families can just wait until the summer when schedules are looser and their kids won’t miss any important lessons. Many families also travel around the country for college visits during summer break. Being forced to take these trips during the school year could lead to a reduced college list and less time to consider each campus.

Even though the agrarian school calendar may be old and outdated, it is still an integral part of American culture. 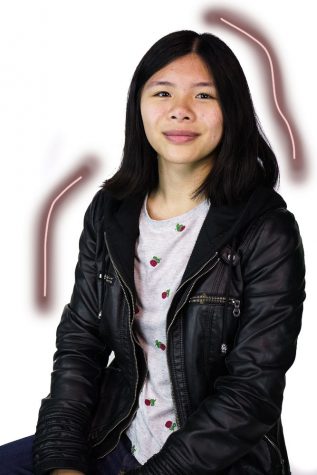 Katie Golden is a senior on the NASH Uproar.

The year-round schedule is an alternative to the traditional school calendar. Just the way it sounds — students attend school for the entire year, typically consisting of full nine weeks (45 days) and then a 3-week break (15 days). The number of days students will attend school and go on a break can vary, but this is the most common schedule such schools follow. They still follow the 180 days that are required by most state education department, but they’re spread over an entire year instead of 10 months.

Though the year-round school calendar may seem like a new idea, the National Association for Year-Round Education was founded in 1972. Staying true to their name, this association promotes the use of the year-round calendar over the more traditional school calendar. While it may still seem obscure, this system has been used by thousands of schools since the 1990s. Additionally, the Congressional Research Service found that year-round schools in the US are more popular in the south and west as opposed to the north and midwest.

Many schools have naturally chosen to follow the traditional school schedule because it seems easier. The traditional calendar may be more common, but there are more benefits to year-round schooling than people may realize. One such benefit is that it may raise test scores, improve student achievement, and be better for students and teachers overall.

The biggest advantage of the year-round schedule is how the breaks are set up. Not everyone loves summer break, and students don’t keep working on the information that was taught over the past year. Because of the long break, students can end up losing almost all of what was learned. This results in teachers spending the first few weeks of school reviewing a good amount of material that was taught to students over the last year. With a year-round school schedule, the students have continuous learning all year without the disruption of a summer break to forget everything they just learned.

Not only do students remember more when going to school all year, but the system also gives them a sensible rest period. After going for nine weeks with no breaks, they’re obviously going to be worn out from all the deadlines, projects, and tests. Having the 3-week break in between gives not only the students a chance to recover and relax, but the teachers also. This way everyone will come back from the break ready to learn and work.

With a year-round school schedule, the students have continuous learning all year without the disruption of a summer break to forget everything they just learned.”

But, admittedly, there are disadvantages to the system, most notably the scheduling of extracurricular activities like sports teams. A lot of teams take advantage of the summer break to hold practices and build camaraderie. Without the long three-month break, it may be harder to schedule practices after school and build a strong team. Also, players from competing schools may go to a school that follows a traditional schedule, so student-athletes may not get as long as a break as students who do not participate in sports due to games and practices.

Another issue is that year-round school limits what activities a teenager can do during the summer months. They may not be able to participate in summer camps, and teenagers who have a job will have to stay with the same hours instead of taking on longer hours in the summer and seasonal summer jobs are not possible since students go to school all year. Vacations with family or friends would be a lot harder to plan as well without missing important lessons. If a student wants to participate in college programs or internships over the summer this kind of schedule will most likely limit their options to choose from.

Something the parents struggle with is finding someone to take care of their younger children. Parents who work during the day most likely relied on the school to watch them until the school day was over. But with the year-round schedule, when the breaks come who is there to watch them now? It’s hard to find a babysitter who can work for three weeks every nine weeks.

There are obviously some really great advantages to going to school year-round, as unappealing as it may sound. Students and teachers get a break they truly deserve after a long, grueling nine weeks of non-stop work. But since many schools are still sticking to the traditional schedule, there are opportunities students may miss out on during the summertime.

The real question that should be asked is this: Do students want a summer break or four long breaks in between each nine weeks? 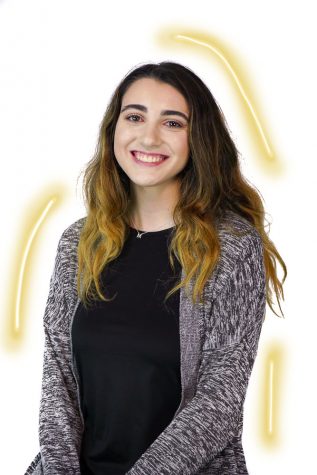 Melina is a senior at NASH and is a majorette for the North Allegheny marching band. In her free time she loves to read, write, draw, and watch way too much Netflix.