A Sacrifice at the Altar of Politics

May 7, 2019. For me and you, it was likely just a normal Tuesday. But for the 29 million citizens who call the state of Texas their home, their lives were about to be drastically changed.

With a single stroke of ink, Governor Greg Abbott signed a bill into law that would become the subject of a nationwide whirlwind of controversy, chaos that would continue when the bill went into effect on September 1, 2021.

The bill in question was TX Senate Bill 8, commonly known as the “Heartbeat Bill,” because its subject is one of the most volatile political topics in our modern society: abortion. The battle between “pro-life” and “pro-choice” advocates in our political system continues to rage on, with no real end in sight.

But this article is not about abortion.

Yes, you read that right. You can lower your pitchforks, unclench your fists, and let your blood pressure come down, because once again, the critiques of S.B. 8 to follow are completely independent of my (or anyone else’s, for that matter) opinions about abortion.

Regardless of what your stance on the issue is, this particular piece of legislation — rather, the way this legislation was made into law, poses a threat to our democratic systems and the legitimacy of the courts that back it.

Devin Stone, a trial lawyer and owner of the popular legal channel “LegalEagle,” broke down the specific procedures and ramifications of the bill in a video titled “The Texas Abortion Decision is Bad For Everyone”. 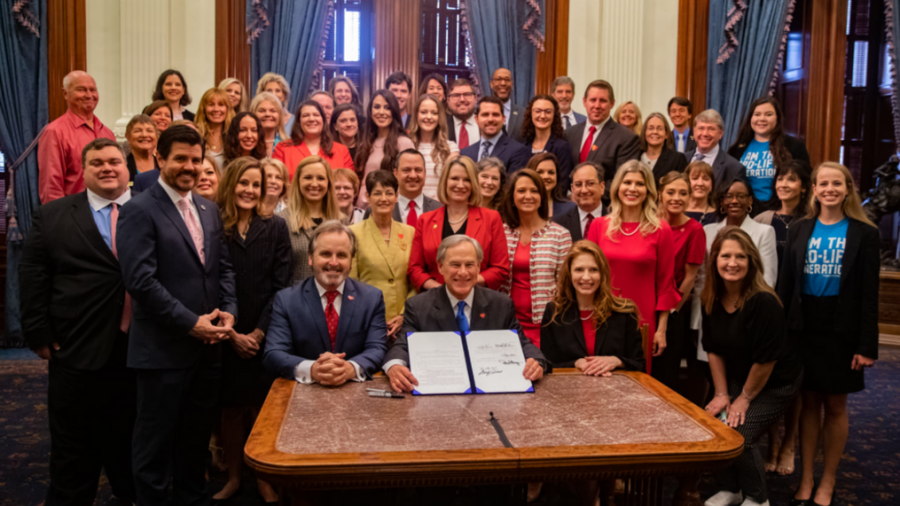 First, what does S.B. 8 even mean for Texas citizens? S.B. 8 bans all abortions after six weeks of pregnancy, with no exceptions for rape or incest. But contrary to what some might think, the bill does not achieve this through criminalizing abortion — this would be impossible, as it is a clear violation of Supreme Court cases Roe v. Wade and Planned Parenthood v. Casey, the two most prominent precedents on abortion rights in the United States.

The landmark case Roe v. Wade determined a first trimester abortion for any reason was a constitionally protected right on the basis of the 14th Amendment’s due process clause, which guarantees a fundamental right to privacy. Planned Parenthood v. Casey followed, essentially reaffirming this right and also altering the trimester standard for analyzing restrictions.

So if banning abortion is unconstitutional, how did S.B. 8 ever pass? Instead of criminalizing abortion — which would place enforcement upon state officials — S.B. passes that burden onto the citizens themselves, stating that any private citizen can sue someone who aided or abetted a woman obtaining an abortion, and earn a hefty bounty of at least $10,000 for each abortion and their legal fees comped.

Notably, S.B. 8 stipulates that even if the defendant wins the case, “a court may not award costs or attorney’s fees… to a defendant in an action brought under this section.”

Stone explains that the law is intentionally written very broadly, where anyone who could be considered helping a woman seeking an abortion, e.g. paying for/reimbursing (through insurance or otherwise) is a potential defendant. Friends, family, counselors, doctors, clergymen, employees of abortion clinics, and even rideshare drivers could all be subject to litigation.

The bill, as Stone says, “creates a procedural Rube Goldberg machine”. Since government officials are taken out of the equation, the usual targets of lawsuits (the state of Texas, the governor, attorney general, etc.) can’t be sued. Furthermore, the state argues that since pregnant women themselves cannot be sued, they have no standing to challenge, giving them no agency.

This means the only people who can challenge constitutionality are the people who are sued themselves. But Section 171.208e of the bill eliminates several potential defenses, including:

Ultimately, what all of this legal jargon boils down to is this:

So defendants like individuals, abortion rights groups, insurance companies, etc. are the only ones that can challenge unconstitutionality, but Section 171.208e stipulates that none of them can invoke the Supreme Court decisions. The bill was clearly written with the express purpose of evading federal oversight. 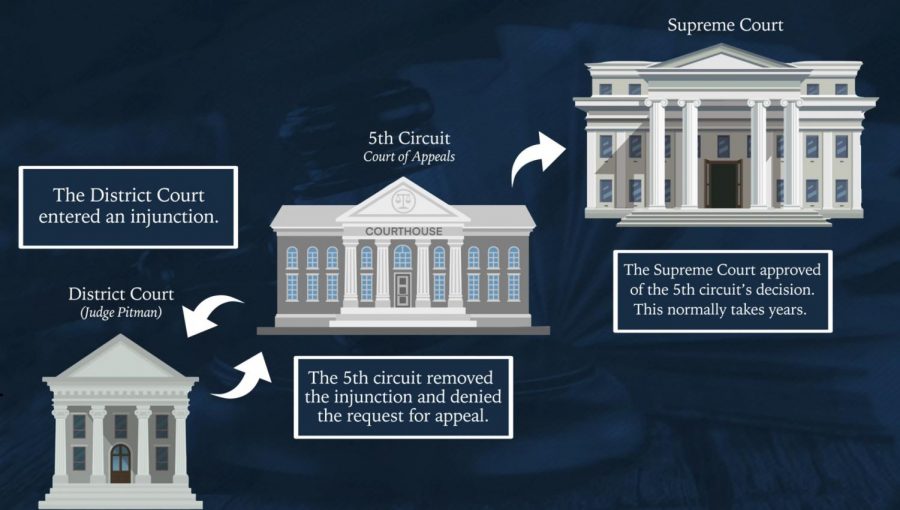 S.B. underwent a complex and unconventional journey from the District Court to the 5th Circuit to the Supreme Court.

With all of this legal gymnastics, it comes as no surprise that Texas abortion providers took the bill to District Court, suing the court personnel responsible for enforcement (since state officials can’t be sued) and anti-abortion activist Mark Dickson, who they assumed would be one of the first to sue under the bill.

Now, this is where the legal procedure gets confusingly complex. To gain a full understanding of the procedural cluster foxtrot S.B. 8 went through, the full LegalEagle video gives an in-depth, comprehensive explanation from a legal standpoint. For the sake of brevity, I’ll summarize the proceedings in a simplified manner.

They declined to explain the basis for their ruling, so the plaintiffs went to the Supreme Court for an emergency injunction on their “shadow docket”, which would prevent the law from going into effect while the case went through the courts, as a case like this would normally take years.

Shockingly, in a 5-4 decision, the Supreme Court denied the request for injunction, with Justices Barrett, Kavanaugh, Gorsuch, Thomas, and Alito voting to deny and Justices Sotomayor, Kagan, Breyer, and Chief Justice Roberts dissenting.

It’s important to note that at no point in the procedural debacle did any court rule on the constitutionality of S.B. 8. What the plaintiffs were asking the Supreme Court to do was simply grant an injunction that would stop the bill from going into effect until it had resolved its journey through the legal system.

But the Supreme Court didn’t do that. Their reasoning, as Stone explains was “that it was uncertain whether the court clerk and judge would be asked to enforce the new abortion law. Basically they were saying that they had no idea whether anti-abortion activists who had waited over 40 years for this moment would not necessarily seek to enforce the law immediately.”

He continues, “They basically say that while the law is probably unconstitutional, there are some procedural quirks… and they just don’t see the need to grant injunctive emergency relief… ”

This, quite simply, makes absolutely no sense.  The standard for the Supreme Court granting an emergency stay (which isn’t completely unusual) is to demonstrate irreparable harm and that the plaintiffs would be likely to prevail on the merits.

A law that prohibits abortions undeniably leads to irreparable harm if the bill is later ruled unconstitutional. After all, you can’t just Ctrl-z or “Oops, my bad” when it comes to forcing women to give birth. On the second point, the clear unconstitutionality of the bill demonstrates merit. As of right now, S.B. has not been cemented as a legitimate bill through the legal system, yet it is still affecting the lives of millions of citizens. 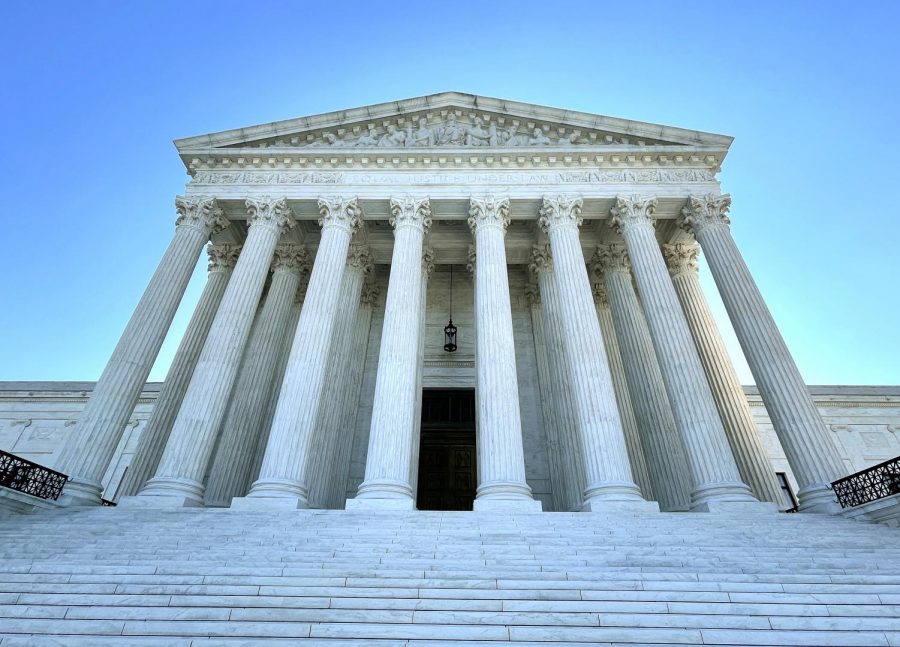 The Supreme Court is the body of judicial review in the US, but its legitimacy is threatened by S.B. 8.

The Supreme Court’s decision on S.B. 8 has demonstrated many things. First, it is pretty clear that their intention is likely to eventually overturn Roe v. Wade when it comes onto their docket in the future. But whether this should happen or not is a matter of political opinion and besides the point.

What is most concerning is that the 5th Circuit and Supreme Court ignored their duty to provide unbiased judicial review and “bent over backwards” (Stone) to ensure the law would go into place.

As Justice Sotomayor stated in her dissent (which should be read in its entirety), “Presented with an application to enjoin a flagrantly unconstitutional law engineered to … evade judicial scrutiny, a majority of Justices have opted to bury their heads in the sand… the Texas Legislature has deputized the State’s citizens as bounty hunters, offering them cash prizes for civilly prosecuting their neighbors’ medical procedures.”

Sotomayor continues, “Today, the Court finally tells the Nation that it declined to act because, in short, the State’s gambit worked … This is untenable. It cannot be the case that a State can evade federal judicial scrutiny by outsourcing the enforcement of unconstitutional laws to its citizenry.”

When did it become acceptable for states to circumvent Constitutional law by mobilizing private citizens as law enforcement? By acting in this way, the Supreme Court has telegraphed to state legislatures that partisan theatrics can prevail over impartial judgement if they play enough games, opening the door to pass other unconstitutional legislation using the same loopholes.

Now more than ever, it’s important to actively question our governing and legal systems — even when they align with our partisan beliefs — because they are the foundations of democratic society.”

It’s a slap in the face to our judicial procedures, it sets a horrible precedent, and it’s bad for the rule of law.

And Stone further emphasizes that this should be concerning to all citizens, no matter what their political affiliation is. “Imagine if a state passed a law that said, ‘If you aid or abet someone exercising their freedom of religion… or… buying a firearm, then you’re subject to a $10,000 fine and you have to pay the other side’s attorney fees.’”

Now, if one of those cases were to ever happen, it’s unlikely the Supreme Court would act in the same way. Except that just proves that this decision is not the result of their interpretation of the law, but their political interests.

When the bill deals with an issue like abortion, often passions run so high that it can be difficult to focus on anything other than shouting over the pandemonium.

But in our political climate, now more than ever it’s important to actively question our governing and legal systems — even if they align with our partisan beliefs — because they are the foundations of democratic society. When we turn a blind eye to efforts to undermine these systems, justice is sacrificed at the altar of politics, and the seedlings of the disintegration of our democracy are planted. 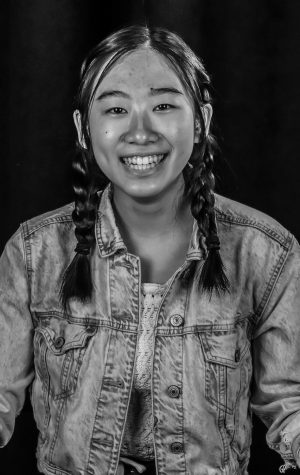 Sophie Lu is a senior at NASH. She loves reading, writing, travel, and binging The Office while eating copious amounts of purple Doritos. Outside of The Uproar, she is a member of Speech and Debate, DECA, and orchestra.