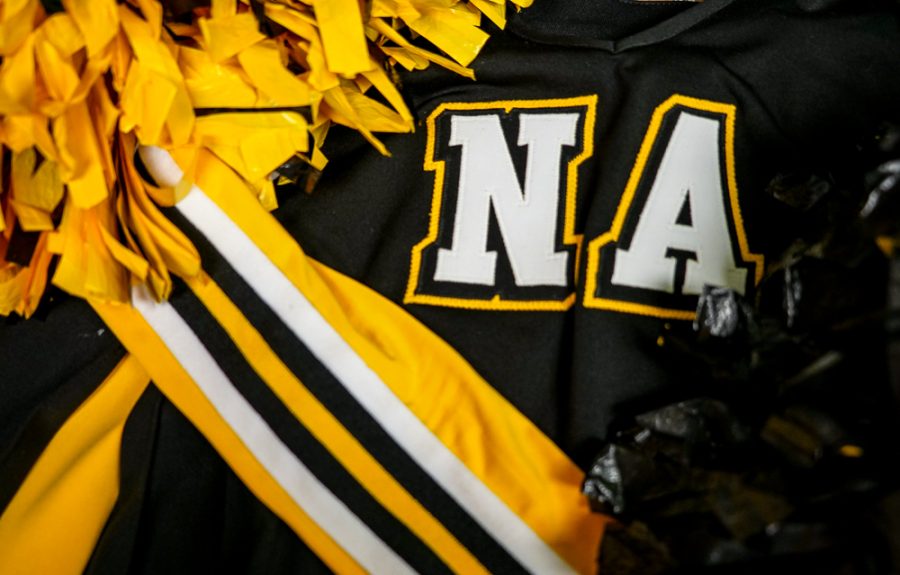 Some schools have divided cheerleading into two squads — competitive and non-competitive — in order to satisfy both sides of the debate over cheerleading’s status as a sport.

It may seem a simple question, but our answer to whether cheerleading is a sport rests on layers of complex notions about gender, equity, and respect.

It’s a phrase that’s been thrown around school hallways and locker rooms for some time now, much to the frustration of many cheerleaders who, understandably, don’t enjoy the magnifying glass repeatedly used to scrutinize their athleticism.

Cheerleading has been attacked from all directions. It lacks skill and physical ability, strategy, contact with opponents, and competition, claim those who oppose labelling it a sport. It’s too focused on appearance, they say, and it only exists to support other, more valid sports teams.

On the other side, supporters of cheer point to the gravity-defying routines of flips and tosses–that come with a real risk of injury–to defend its legitimacy.

The Oxford English Dictionary defines a sport as “an activity involving physical exertion and skill…one regulated by set rules or customs in which an individual or team competes against another or others.” Does cheerleading fit the bill?

It turns out that this debate boils down to more than just trivial bickering. Cheerleading’s status as a sport or not has consequences for all high school athletes, specifically in a legal context.

The Intricacies of Title IX 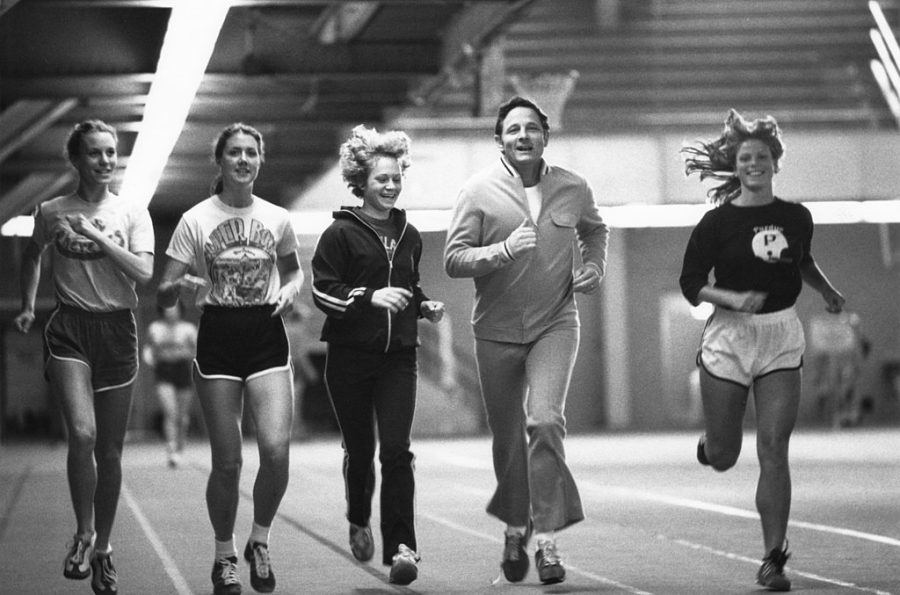 Title IX opened up athletic opportunities for women in schools across the country.

To get a sense of the importance of cheerleading’s label, you have to start with a piece of legislation known as Title IX, which prohibits sex discrimination in education. Passed in 1972, it codifies the importance of equal treatment for women in schools, and it has an enormous impact on high school and collegiate sports.

The Department of Education’s Office for Civil Rights (OCR) defined a “three-prong test” for schools to follow with regard to the legislation. Schools must fulfill just one of the following options to meet Title IX compliance:

As Elisabeth Sherman writes for The Atlantic, “Under Title IX, schools that receive federal funding must give male and female students equal opportunities to play sports, but not necessarily the same sports.”

So a school doesn’t have to offer a football team for women, but it does have to make sure that athletic opportunities are equitable for all genders–maybe by offering a female soccer team, for example.

So, if cheerleading is considered a sport, cheerleaders are entitled to all of these benefits under the law.

Though the original Title IX legislation does not define parameters along which an activity can be considered a sport, the OCR has offered additional guidance in this realm with something known as the “Dear Colleague Letter,” released in 2008. Its criteria are specific and numerous–they include the eligibility of athletes to receive scholarships and awards, an operating budget and support services that match up with those accompanying other sports offered at the school, a specific and well-established set of rules, consistent practice and competition opportunities, and a primary purpose to “provide athletic competition at the intercollegiate or interscholastic varsity levels rather than to support or promote other athletic activities.”

As of right now, the OCR classifies cheerleading as an extracurricular activity, not an athletic program, according to those guidelines. 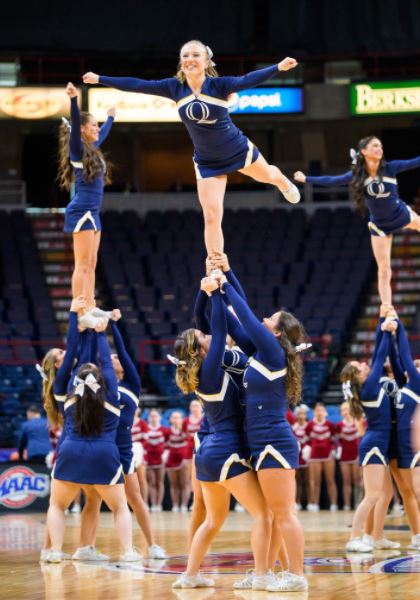 Quinnipiac University now has a sideline cheer team that is non-competitive.

Many believe that the OCR should change its tune, as cheerleaders would arguably benefit from access to medical services offered to Title-IX-designated sports.

Cheerleading was second only to football in its number of “direct catastrophic injuries” over more than 30 years, and the American Medical Association (AMA) recommends giving cheer the “sports” title, arguing that money from school athletic budgets would then go towards safety equipment. Cheer teams currently lack on-site trainers and limits on practice time, as well as a national governing agency to determine and enforce safety training for coaches (though the International Cheer Union has been given provisional recognition for this role)–holes that would be patched up with the “sports” designation.

But many opponents of giving cheer sports status, including one former NFL cheerleader writing for ESPN and USA Cheer, the governing body for cheerleading in the U.S., also use Title IX to argue their position. By forming female cheer teams, schools could fulfill their Title IX requirements while freeing up room to cut other athletic opportunities for female students–possibly teams in more traditional, male-dominated sports, like basketball or soccer. Cheer squads might divert funding away from other teams, and cheerleaders, though touting the designation of “sport” at last, might not receive the same benefits and opportunities as participants in other sports.

With the introduction of Title IX, schools now have to play a precarious game with their athletic offerings, “balancing the books” in a way that doesn’t limit opportunities for female students while also trying to save a few dollars here and there in a limited budget. So a school might designate cheer as a sport to fulfill its Title IX requirements, counting cheerleaders towards their “substantial proportionality” calculation–one of the ways to fulfill Title IX’s “three-prong test”–while actually hurting female student-athletes as a whole.

“Opponents [of designating cheerleading a sport] argue that equating cheerleading with a varsity sport is merely a way for schools to circumvent the intended purposes of Title IX and that educational institutions should focus on creating new sports participation opportunities for girls as opposed to re-labeling existing activities in a form-over-substance attempt to satisfy the substantial proportionality prong of Title IX,” Lee Green writes for the National Federation of State High School Associations.

But on the flip side, cheerleading could be considered an equivalent alternative to already-existing varsity sports, such that many female student-athletes might just choose cheer in place of other sports–thereby making no difference in the “substantial proportionality” calculation.

Nowhere was this dilemma more aptly demonstrated than in a Connecticut court case known as Biediger v. Quinnipiac University. In 2009, administrators at Quinnipiac announced that the men’s golf and outdoor track teams, as well as the women’s volleyball team, would be eliminated the following academic year as a cost-cutting measure–but the volleyball program would be replaced with a cheerleading squad. Five members of the volleyball team and its coach then sued on the grounds that the action violated Title IX, as cheerleading wasn’t a legitimate athletic replacement for women’s volleyball.

The U.S. Second Circuit Court of Appeals upheld an earlier ruling by a district court that the new cheer team did not meet the standards for a varsity sport. It concluded that cheer’s inconsistency of competition and scoring did not meet the criteria for a sport outlined by the OCR’s 2008 Dear Colleague Letter.

“Essentially, the court decided that Quinnipiac had attempted to game the system in a form-over-substance way to demonstrate compliance with Title IX,” explains Green.

In his written decision, U.S. District Court Judge Stefan Underhill wrote, “[I]n reaching my conclusion, I do not mean to belittle competitive cheer as an athletic endeavor. Competitive cheerleading is a difficult, physical task that requires strength, agility and grace. I have little doubt that at some point in the near future–once competitive cheer is better organized and defined–competitive cheer will be acknowledged as a bona fide sporting activity by academic institutions, the public, and the law.” 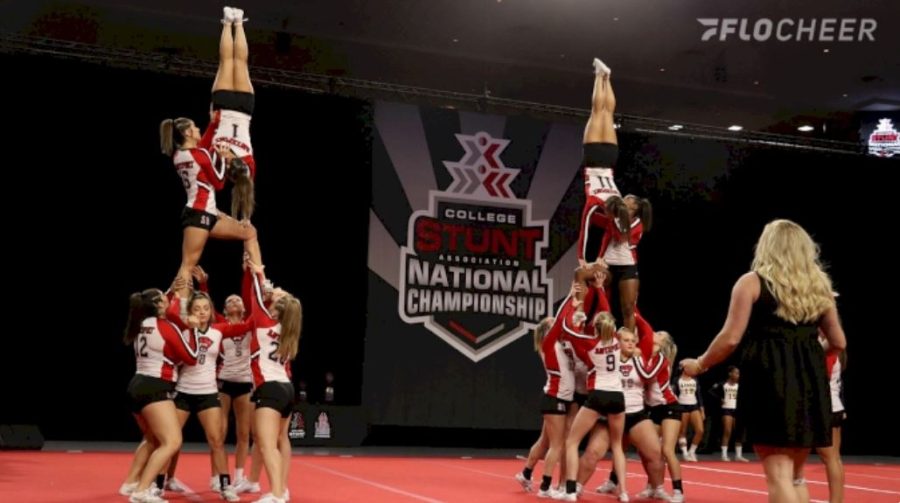 STUNT emphasizes the competitive aspect of cheerleading and is eligible to be recognized as a sport under Title IX.

The sticking point for many is the competitive aspect–or rather, lack of it. With only about 10% of high school cheerleaders competing, it’s difficult to argue that cheerleading lives up to the widely-accepted definition of a “sport,” which includes an aspect of competition.

After the AMA made its recommendation that cheerleading should be designated a sport, Bill Seely, the president of USA Cheer, expressed his disappointment.

While some have embraced the increasingly competitive aspect of cheerleading, others have raised the same concern as Seely: leaning into competition in cheer will change its makeup. Required competitions would take cheerleaders away from supporting their school’s teams during games–the place where it all began. The question “Is cheerleading a sport?” brings with it another: “What should cheerleading look like?”

For this identity crisis, there may be a solution: separating cheer into two separate entities entirely.

USA Cheer recognizes Traditional Cheerleading, which operates from the sidelines and involves the classic pom-poms and peppy chants, as well as STUNT, a discipline more focused on competition and gymnastics-style maneuvers. Traditional Cheerleading is classified as a student activity, while STUNT is designed to meet the Title IX requirements for a sport.

The University of Maryland decided to take this approach and split its cheer team into two distinct groups, one that cheers at games and another that performs at competitions–the latter of which counts for Title IX and receives the same benefits as other student-athletes. 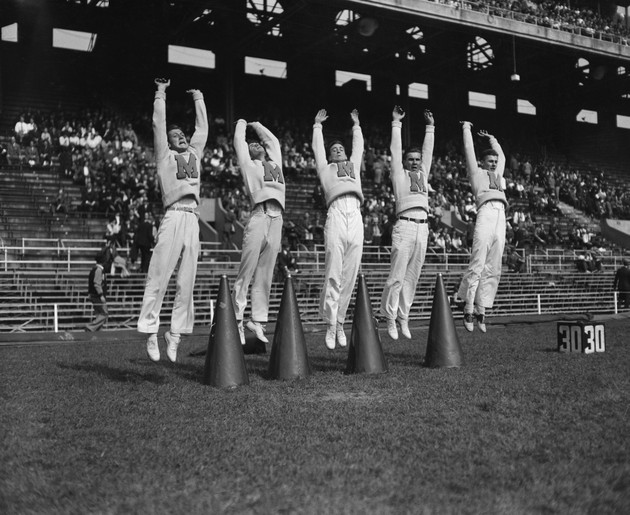 Despite its reputation as a feminine sport, cheerleading originally only included men.

So, is cheerleading a sport?

Ask the National Federation of State High School Associations, Women’s Sports Foundation, and NCAA, and the answer is no. Ask the NAIA–a less prominent governing body for college sports–and the International Olympic Committee–which voted this summer to add cheerleading, along with rock climbing, skateboarding, and break dancing, to its list of official Olympic sports–and you’ll hear the opposite.

The answer is subject to change over time, just as cheerleading has been. It actually began as a male-only activity, popping up just before the turn of the 20th century when universities only admitted men. Cheerleading was viewed as a noble and masculine activity; an article from 1911 in The Nation reads: “The reputation of having been a valiant ‘cheer-leader’ is one of the most valuable things a boy can take away from college. As a title to promotion in professional or public life, it ranks hardly second to that of having been a quarterback.”

Even a handful of presidents spent part of their higher education on the sidelines–FDR, Eisenhower, Reagan, and both Bushes all cheered at their respective colleges.

The true history stands sharply against modern-day scoffs about cheer’s bedazzled outfits, perceived hyper-femininity, and supposed lack of skill, all aiming to disparage a discipline that is now 97% female.

No matter the designation, it’s clear that the safety and wellbeing of cheerleaders has to be protected. NFL cheer is tainted by over-sexualization, exploitation, and strict control of cheerleaders (including weight restrictions), and multiple lawsuits have been filed against NFL franchises by cheerleaders who allege mistreatment under their employers.

“We were harassed, bullied and body-shamed for $7.25 an hour,” said former cheerleader Ainsley Parish amid a lawsuit brought against the Houston Texans.

The participants in this important component of Americana shouldn’t need to earn the “sport” title to be worthy of respect and safety. 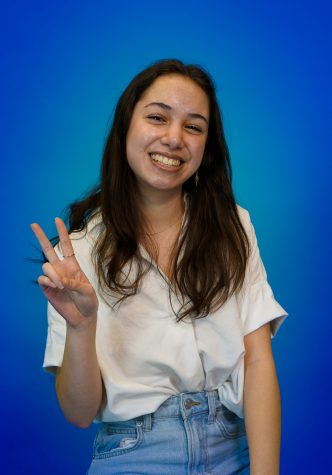 Sam Podnar is a senior at NASH. When she's not writing, she enjoys baking, reading, and talking too much about local politics.