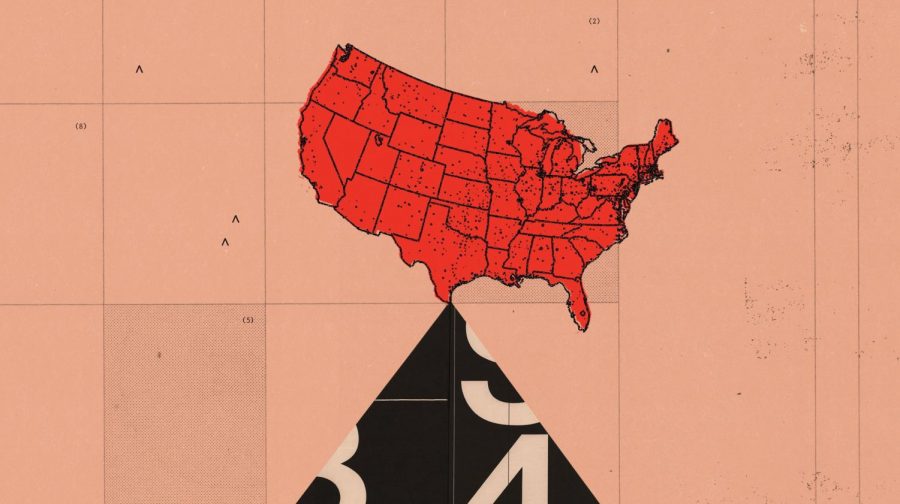 Thought the Biden presidency may suggest that America’s problems have been resolved, much uncertainty remains.

Once the United States is able to recover from COVID-19, it will face a multitude of other issues and questions.

Gloom and doom have dominated America and its recent outlook as a whole. Over 400,000  Americans have died from COVID-19, and the economy is debilitated.

While the pandemic may seem like it will never end, life after the virus is on its way. Different forms of the vaccine are continuing to roll out, and with the recent presidential transition of power, the speed of distribution is increasing.

COVID-19 created and worsened many of the issues facing the country. Problems with income, health, and safety were thrust to the forefront of the politicized world. All of these concerns heavily impacted the 2020 election and further deepened the division in the country.

Combating issues that were caused by the pandemic will continue to shape America as it tries to mend a crumbling nation. Identifying these issues as well as trying to predict the future can help to alleviate some of the divide.

Now more than ever, the future must be our nation’s number one priority.

Part One: America’s Issues With Debt

America has a long history of piling up relentless debt. 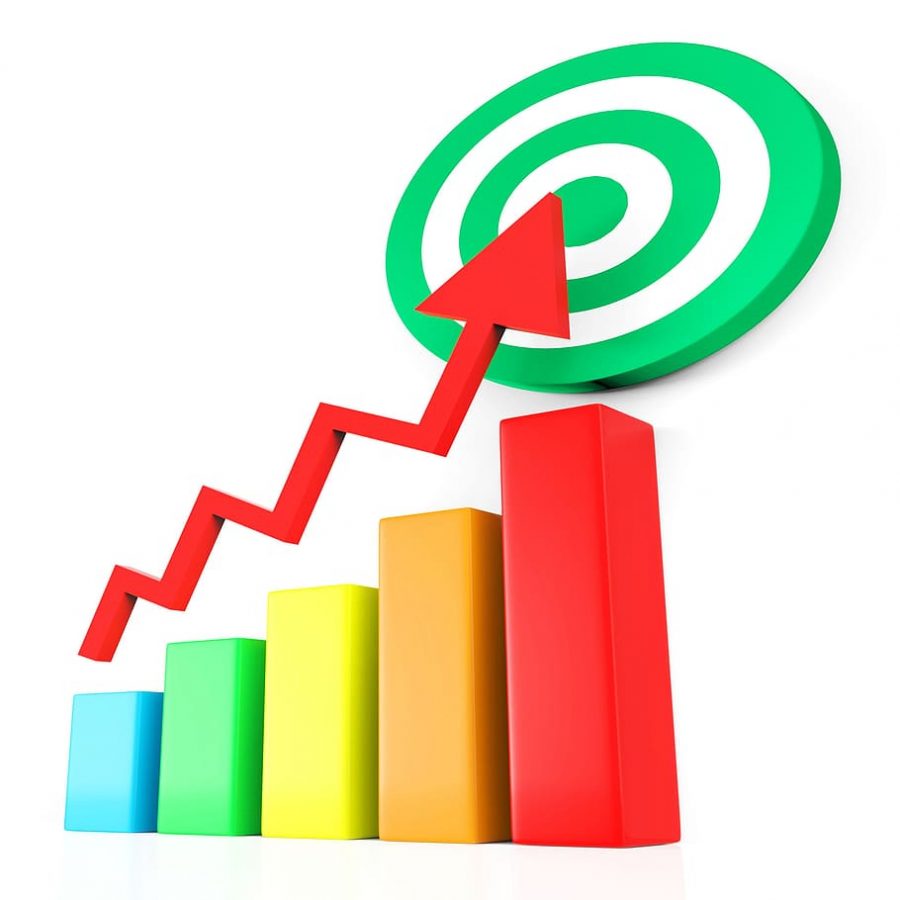 The federal government now approaches a whopping 28 trillion dollars in debt. 2020 caused the largest deficit in the nation’s history at 3.2 trillion. Each American taxpayer would have to pay over $220,000 just to undo the federal debt.

That does not include the over 158 trillion dollars in unfunded liabilities of the federal government. Medicare and Social Security account for over 53 trillion of the 158, and a majority of Americans support expanding both the programs. To fund these liabilities, each citizen– not merely each taxpayer– would have to pay almost half a million dollars.

None of these numbers include any sort of defense, education, infrastructure, or other service the government provides to citizens on a daily basis.

However, America’s problem with debt extends far past its government.

With healthcare, debt was already an issue, and the pandemic only made it worse. Combined with job and income loss, medical debt continues to pile up. Half of Americans who have medical debt have no other form of debt.

Healthcare costs have been out of control since ObamaCare was put into place. The Obama legislation failed to do all that it intended to– lower costs for all middle-class and working people. Trump did next to nothing in this regard as well.

Biden now inherits a disaster of a healthcare system that lacks affordable coverage and is piling up enormous amounts of debt. Unfortunately, his plan consists of nothing more than piling on ObamaCare policies that already failed in the past.

As over 7.7 million Americans lost coverage as a result of job loss caused by the pandemic, the ability of many to pay their health care costs will continue to spiral out of control in the foreseeable future.

Federally-backed student loans were supposed to bring additional educational access to lower-income students. Instead, they have allowed colleges to inflate their prices with no incentive to bring a competitive rate to students, allowing the IRS to dock money from paychecks to pay back loans.

Unlike all other types of debt in U.S. law, individuals cannot default on their student loans if they are federally backed. This debt will continue to hang over the borrower until it is paid off.

Thus, a massive problem is created, as millions of students are not able to pay back their loans, especially with the current unemployment rates. With millennials being the best educated generation in history with a heavy student debt burden, this issue will continue to worsen. In 2012, student debt hit 1 trillion. Nine years later, that number has almost doubled.

Many of America’s issues with debt came from the federal legislations over the last 50 years. Since a large number of the leaders who introduced such legislations are still in power, the concern must be raised about our government’s ability to fix these issues.

Part Two: The Next Generation of America

The next generation of America will soon take over, and when they do, change will be necessary. 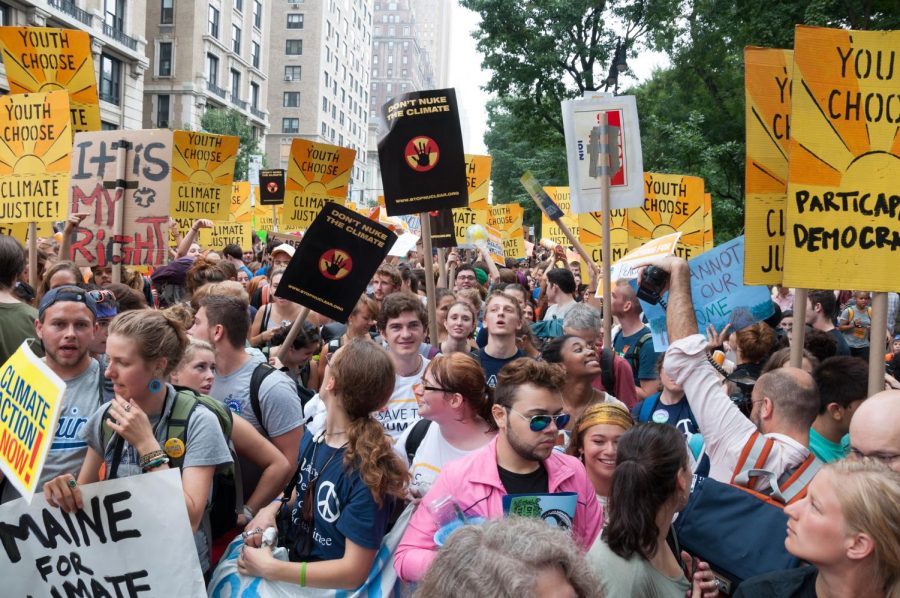 Joe Biden, the President of the United States, is 78 years old.

Nancy Pelosi, Speaker of the House, is 80 years old.

Mitch McConnell, leader of the Republican Party, is 78 years old.

To be blunt, the leaders of America are no spring chickens. Biden, Pelosi, and McConnell have each held public office for at least 30 years. A new generation of leaders must take office and introduce new solutions for the country.

As previously mentioned, millennials are the best educated generation in American history. Millennials are also impressively diverse in their ethnic backgrounds, which is sign of changing demographics. For the first time in history, more millennial women than men hold a bachelor’s degree or higher.

Millennials who do have degrees have seen increased income, but there has been stagnation in wages for those without a college education.

Generation Z appears to be on a very similar path. Both groups are highly in favor of more political activism and involvement in a plethora of issues. 70% of Gen Z and 64% of millennials believe that the government should take a larger role in helping people and small businesses. Comparatively, only half of Generation X holds shares this opinion.

Therefore, it can be assumed that the next generation of leaders in America will want increased government involvement in society. Progressive candidates like Bernie Sanders have helped make these ideas more mainstream, and such policies are already being seen in the new Biden administration.

A $15 minimum wage is already in the works at the federal level. Biden also has pushed to lower Medicare eligibility from 65 to 60 and has laid out a plan to forgive student loan debt for those making $125,000 or less. Biden has also removed the transgender ban in the military and halted the Muslim ban.

With these policies already in the works, larger progressive ambitions may soon be realized.

Democrats now control Congress and can push for controversial legislation such as Medicare for All and the Green New Deal. Both are largely supported by millennials and Generation Z.

Medicare for All calls for complete government control of health care and its coverage. It also seeks to lower drug prices by negotiating directly with drug companies.

The Green New Deal (GND), originally proposed by Alexandria Ocasio-Cortez and other progressive members of Congress, pushes for radical government investment into the climate, racial and income inequalities, and energy production.

Also on progressive minds is an assault weapons ban. Biden has already pushed for a tax on these weapons, but he has not introduced any legislation on banning them outright, despite campaigning for it.

All things considered, America appears on the verge of massive change. Much of the government’s spending, output, and construction could change in the very near future.

Amending the Constitution has been rare. A number of factors make the 2020s ripe for one. 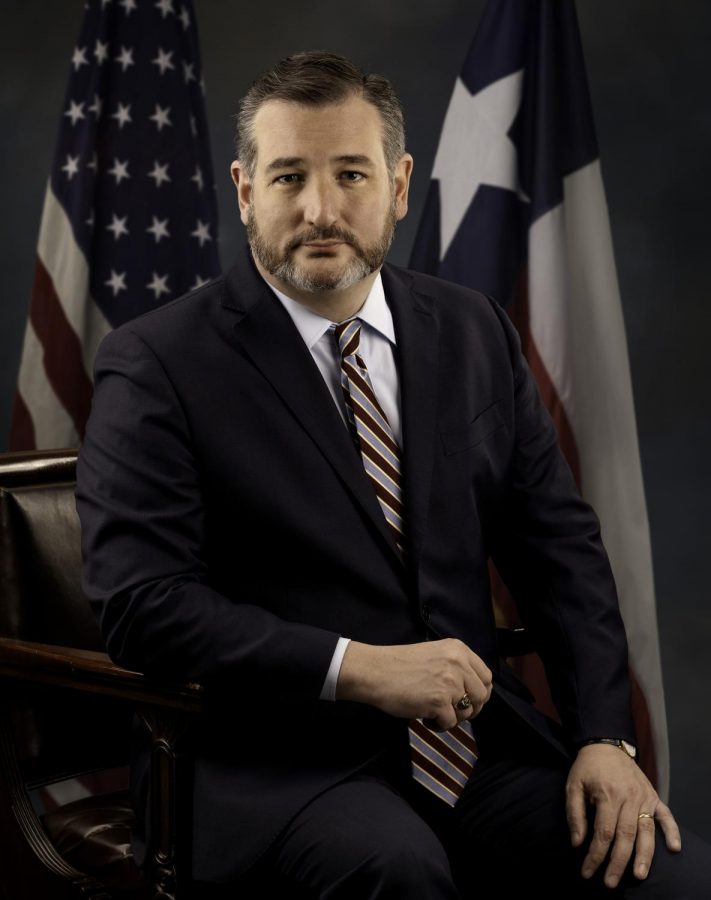 The last amendment to the Constitution was in 1992, when the 27th Amendment was passed. It was quite a simple amendment: Congress cannot give itself a raise without the direct approval of the people.

It would not be shocking to see some sort of amendment in the 2020s.

Ted Cruz and five other senators recently introduced a proposal imposing term limits for legislators. The idea of term limits is popular among certain voters, and many see it as a way to reduce corruption. Because of the 1995 Supreme Court case, term limits can only be addressed through Constitutional amendments. Support for such an amendment could continue to rally if corruption allegations persist.

Although the current government is very unlikely to even consider term limits, a power shift or two will occur again this decade. The next shift in power could very much create the vacuum necessary to cause a term limit amendment.

Additionally, climate activists argue that the Fifth Amendment guarantees clean air and water. They also argue that the government should be held accountable for the damages done to the planet and its willingness to allow fossil fuel production, despite knowing the consequences.

Seeing that the next generation supports government involvement in different areas, the climate amendment could certainly pass with the current government.

There have been varying levels of supports for certain other amendments.

After gun violence and mass shootings crippled communities in the 2010s, support for repealing and replacing the Second Amendment was strong. It was coupled with support for banning AR-15’s, instituting mandatory background checks, and legislating other forms of gun control. America leads the world in guns per capita and total guns, making this basically impossible to enforce.

Needless to say, all of these amendments would be highly controversial due to the divided nature of the country, and it’s not unlikely that the divisiveness will only get worse.

The American divide has halted progress on many fronts. Fixing it will not be easy. 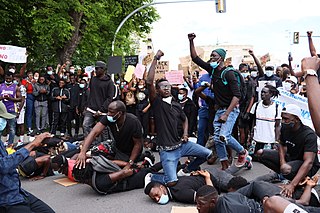 Alienated voters rallied around Donald Trump, and the pushback has widened the gulf between the left and the right. COVID-19 became divisive, as did Black Lives Matter.

How did this occur? Trying to identify the problem has been difficult enough. Finding solutions will require even more bumps and bruises.

How the country will most likely unify to some degree lies in the shift of America. It may fail miserably in some new idea, and the entire country will view it as a problem. Building blocks will be required to patch a divided nation.

The divide will certainly widen before it shrinks, and to what extent this occurs could be devastating. America is currently polarized, but it must take steps to find unity.

Will Biden do much as president?  It’s hard to say. He will be a stable figure while the country tries to recapture its image and its vision for the future. He is the last hurrah for the old generation to try to do its part to make amends. What happens after that is up to the people.

If America is to remain the beacon of the free world, it must combat its problems after it tackles COVID-19. It will need to re-learn the art of compromise to create a better tomorrow. Although this proposition looks bleak in the present day, optimism is required to see out of the current situation.

Debt, the next generation, a potential amendment, and the country’s divide will dominate America’s affairs in the near future.

Although COVID-19 dominates today’s news headlines, it will not stay forever, and a future without it is in reach.  America is near a massive turning point. A few more wrong moves could bring the downfall of the country.

The issues facing America are rather unique.

Few countries have the level of debt that the US has, and the vast personal debt piling up could wreck havoc on wealth building for decades.

Millenials and Gen Z are ambitious, want more government, and are willing to pay more taxes to accomplish these goals. This is a stark contrast to previous generations– who wanted the opposite. The generational gap will continue to get larger as the new one continues to add new voters.

An amendment to the Constitution is rare for any country to consider, especially in America, which has only done it 27 times since 1789.

Few countries see a political divide as deep as America’s. The gap between left and right continues to gripe the governments inability to accomplish what is needed, and does not seem to slow down soon.

With all considered, the future will remain bright, despite all of the potential downfalls. America has a sturdy population that is ready to tackle adversity. 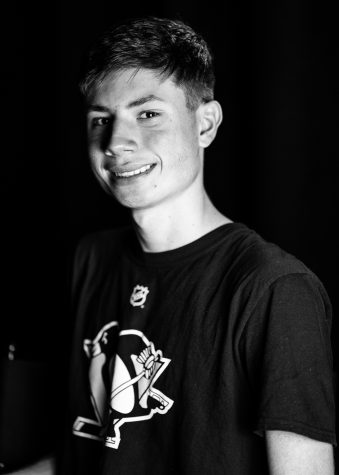 Zach Ludwick is a senior at NASH this year and is in his first year of journalism. Strongly opinionated, journalism is a natural fit for him.  His interests include sports, politics, and entertainment.